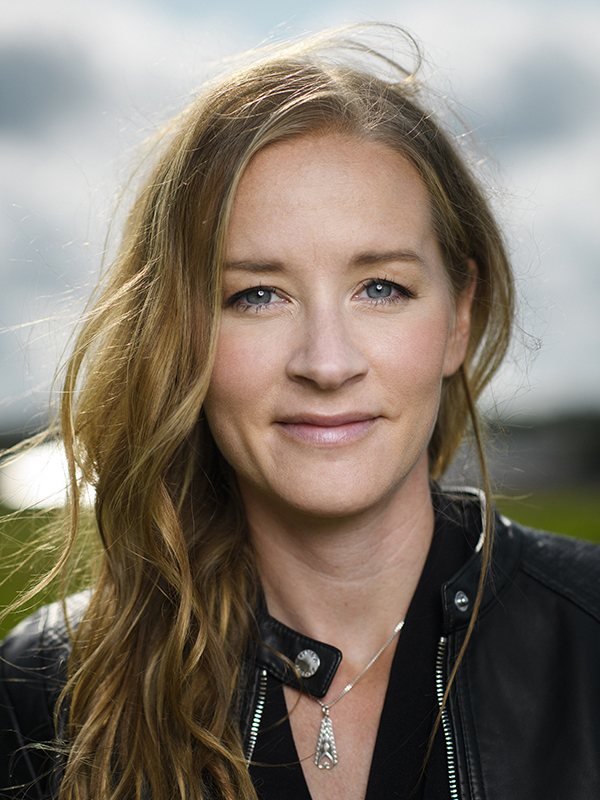 Stina Jackson (b. 1983) hails from the northern town of Skellefteå in Sweden. Just over a decade ago she relocated to Denver, Colorado, where she penned her debut novel, the acclaimed The Silver Road. A runaway bestseller, the novel established Jackson as a rising new star within Nordic suspense.

“Stina Jackson is masterful at describing the Scandinavian wilderness, the one in nature and the one inside people. Her stories will take you to some seriously dark desolate places and you’ll never be quite certain if she’s going to bring you back home in the end, or just leave you there.”
-Fredrik Backman 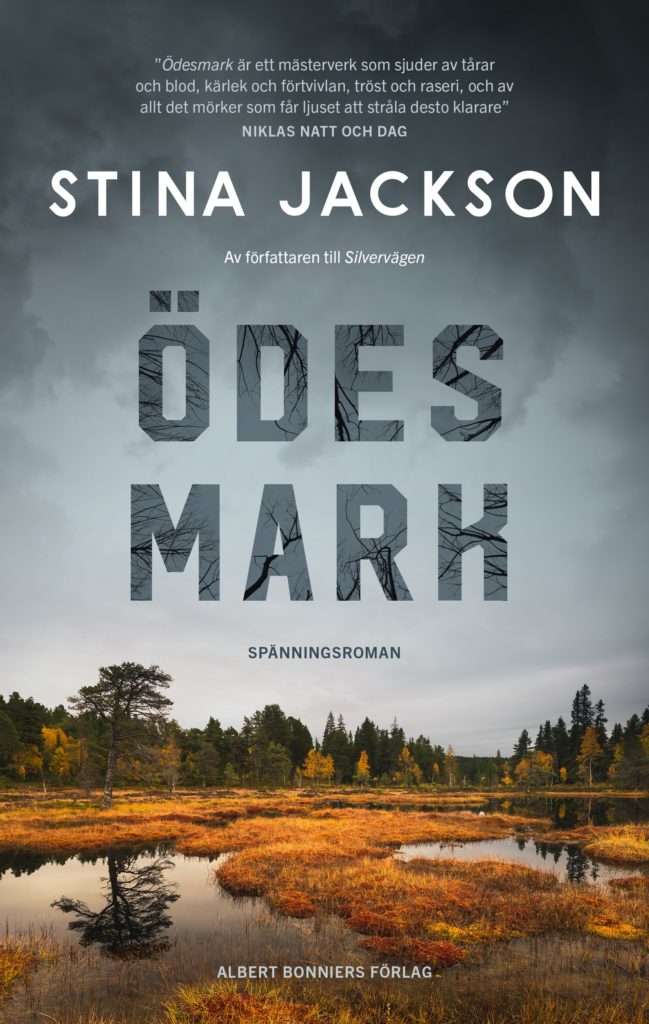 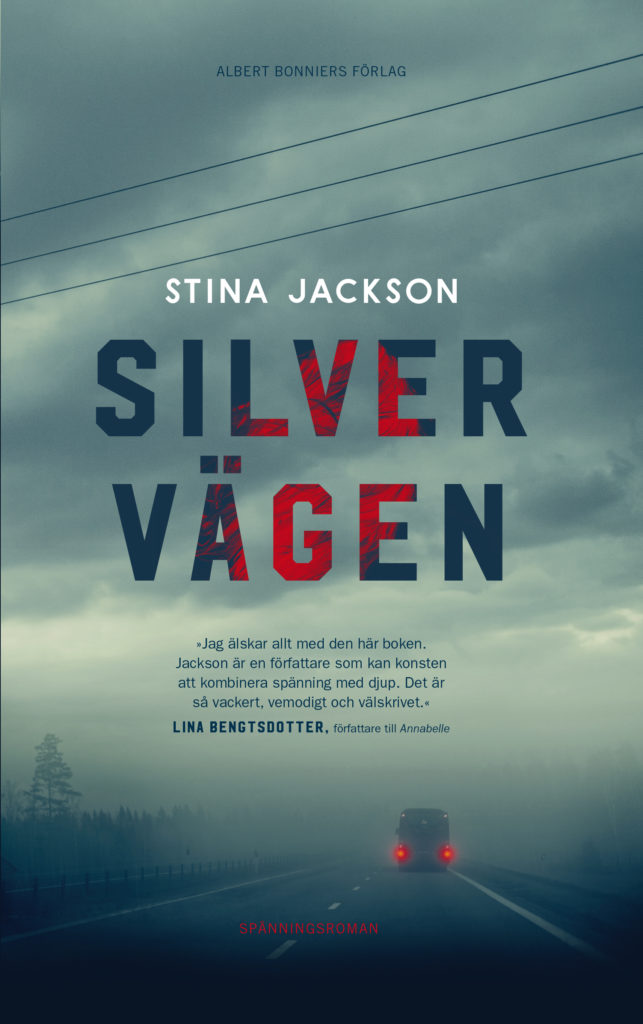 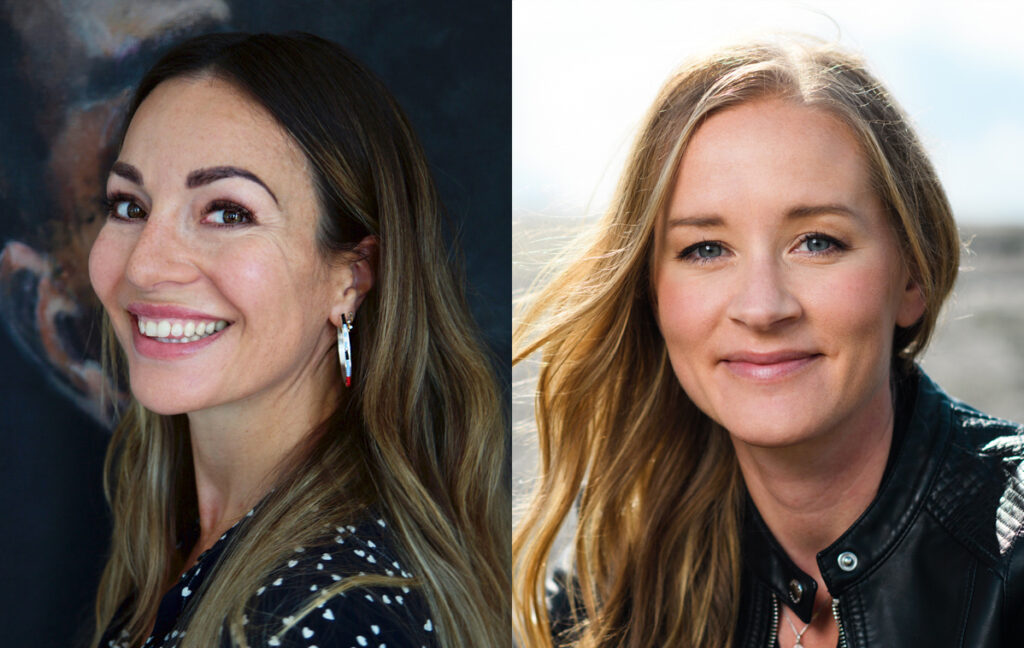 British daily newspaper The Times has compiled a list of the best thrillers and crime novels of 2021 so far. Featuring on the high-profile list are Katrine Engberg and Stina Jackson, with The Butterfly House and The Last Snow respectively.

The Times on The Butterfly House: “Original and absorbing. [Katrine Engberg] is a name to look out for.”

On The Last Snow: “A gripping novel, full of love and dread, that leaves you reeling when the killer of one of Sweden’s richest men is revealed.” 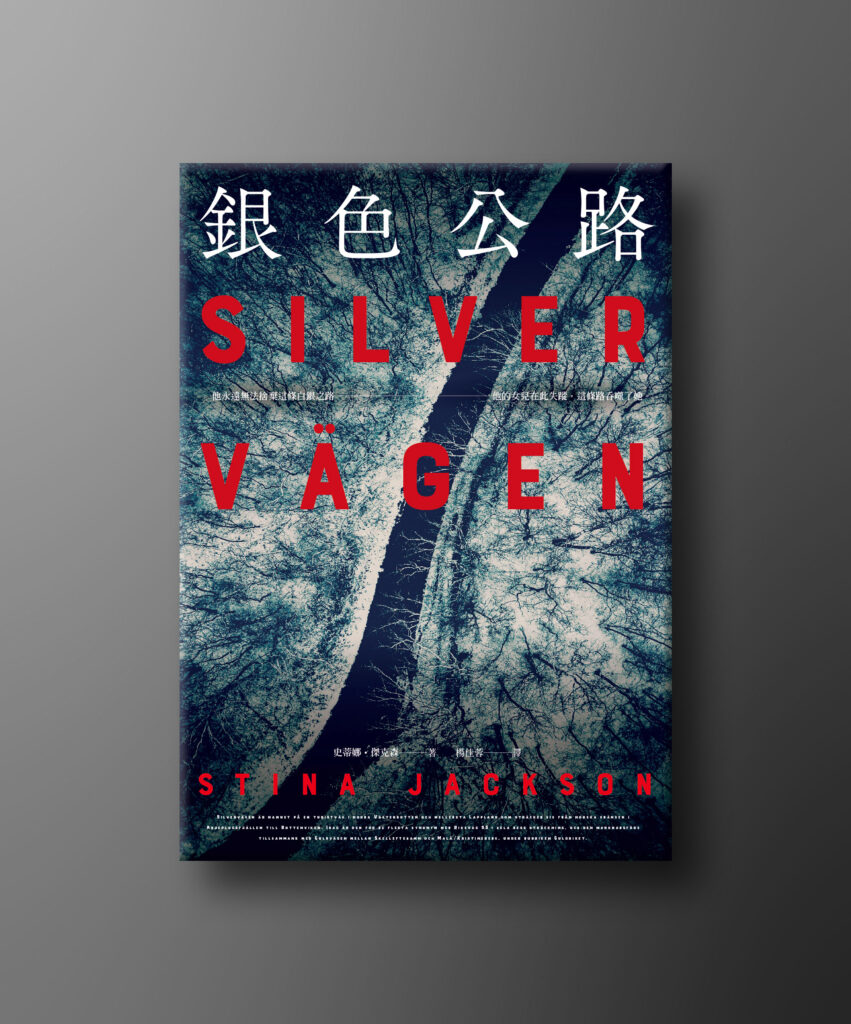 Stina Jackson No. 1 in Taiwan

Stina Jackson’s debut, The Silver Road, is No. 1 in Fiction on Taiwan’s largest e-book platform, Readmoo. The novel is also the overall No. 2 across all genres, fiction and non-fiction alike. 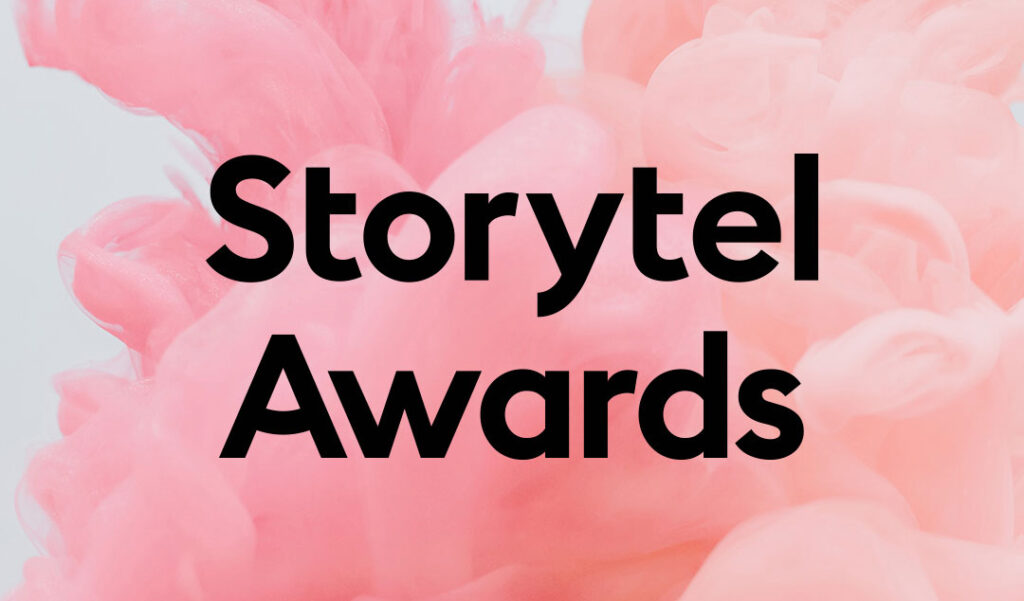 Simona Arhnstedt’s Hearts on the Line meanwhile features on the list of Fiction nominees, and Björn Natthiko Lindeblad’s I May Be Wrong on the Non-fiction list.

Fans will be able to vote for their favorites till February 28, after which a jury will pick a winner among the three candidates with the most votes in each category.

December 2020 saw Björn Natthiko Lindeblad’s I May Be Wrong claim two No. 1 spots on the official Swedish bestseller lists: one in nonfiction, and one in audio books. The paperback list’s No. 1 spot went to Stina Jackson and The Last Snow. Taking home the e-book list’s No. 1 spot was Lars Kepler, whose The Mirror Man also featured at No. 2 in hardcover and No. 3 in audio. Kristina Ohlsson’s Storm Watch meanwhile became the No. 4 most sold e-book and the No. 5 most sold hardcover.

Week 50’s (December 7-13) top placements are divided equally between Lars Kepler, Björn Natthiko Lindeblad and Stina Jackson. Lars Kepler is No. 1 in hardcover with The Mirror Man, also coming in at No. 2 in e-books. Björn Natthiko Lindeblad meanwhile occupies the No. 1 spot on the non-fiction list with I May Be Wrong, which is also No. 2 in audio. The last No. 1 spot, that of the paperback list, goes to Stina Jackson and The Last Snow. 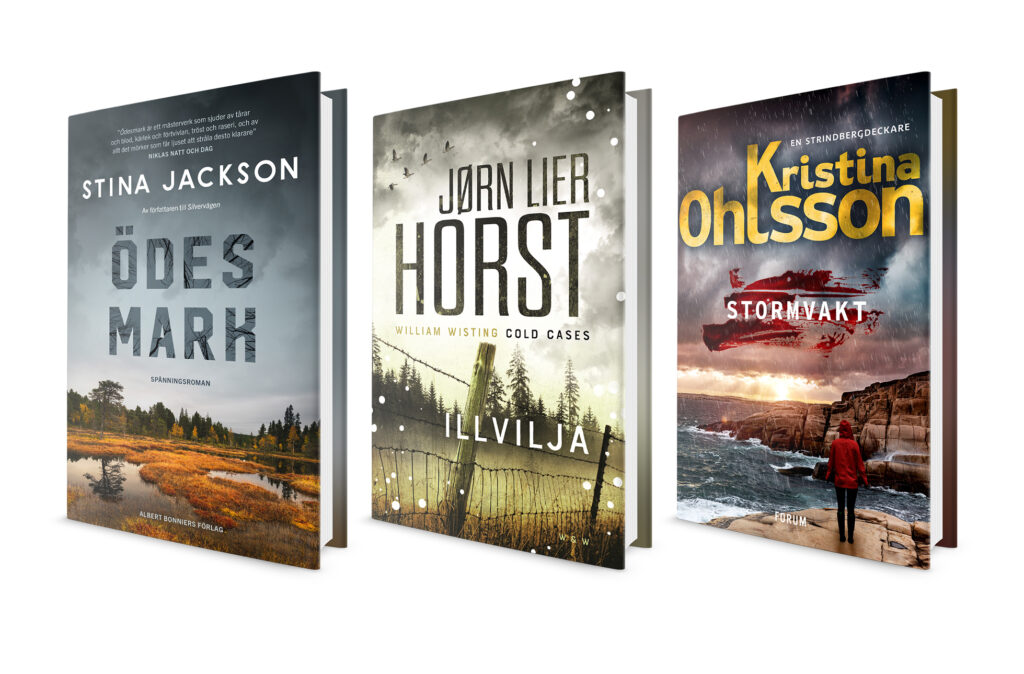 “Stina Jackson debuted with The Silver Road two years ago: a brilliantly told story of rural villages, forests, and lonely girls. The Last Snow is at times even better.” (The Last Snow)

The bestseller lists for the first week of December see Lars Kepler’s The Mirror Man claim the No.1 spots on the audio and e-book lists, and the No. 2 one on the hardcover list. The No. 5 placement goes to Hans Rosenfeldt’s When Crying Wolf.

The non-fiction list has the ever popular Björn Natthiko Lindeblad appear at No. 2 with his I May Be Wrong. He is also No. 2 in audio, where he’s joined by Ulf Lundell and Weekdays 3 at No. 4.

New on the paperback list is Stina Jackson, whose just published softcover of The Last Snow is No. 2. 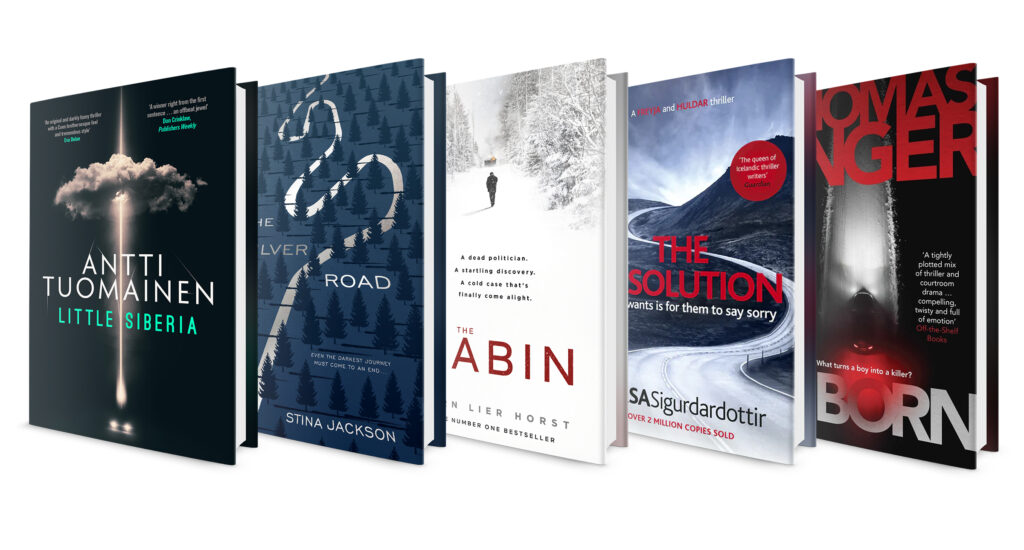 The Petrona Award’s jury has just presented its shortlist for the 2020 Petrona Award for ‘Best Scandinavian Crime Novel of the Year.’ The list of six nominees include Antti Tuomainen’s Little Siberia, Stina Jackson’s The Silver Road, Jørn Lier Horst’s The Cabin, Yrsa Sigurðardóttir’s The Absolution and Thomas Enger’s Inborn.

A quote from the judges about the titles shortlisted for this year’s award:

“The Petrona Award judges selected the shortlist from a rich field. The six novels stand out for their writing, characterisation, plotting, and overall quality. They are original and inventive, often pushing the boundaries of genre conventions, and tackle highly complex subjects such as legacies of the past, mental health issues and the effects of grief.”

The winning title, usually announced at the international crime fiction convention CrimeFest, will now be announced on Thursday 3 December, 2020. 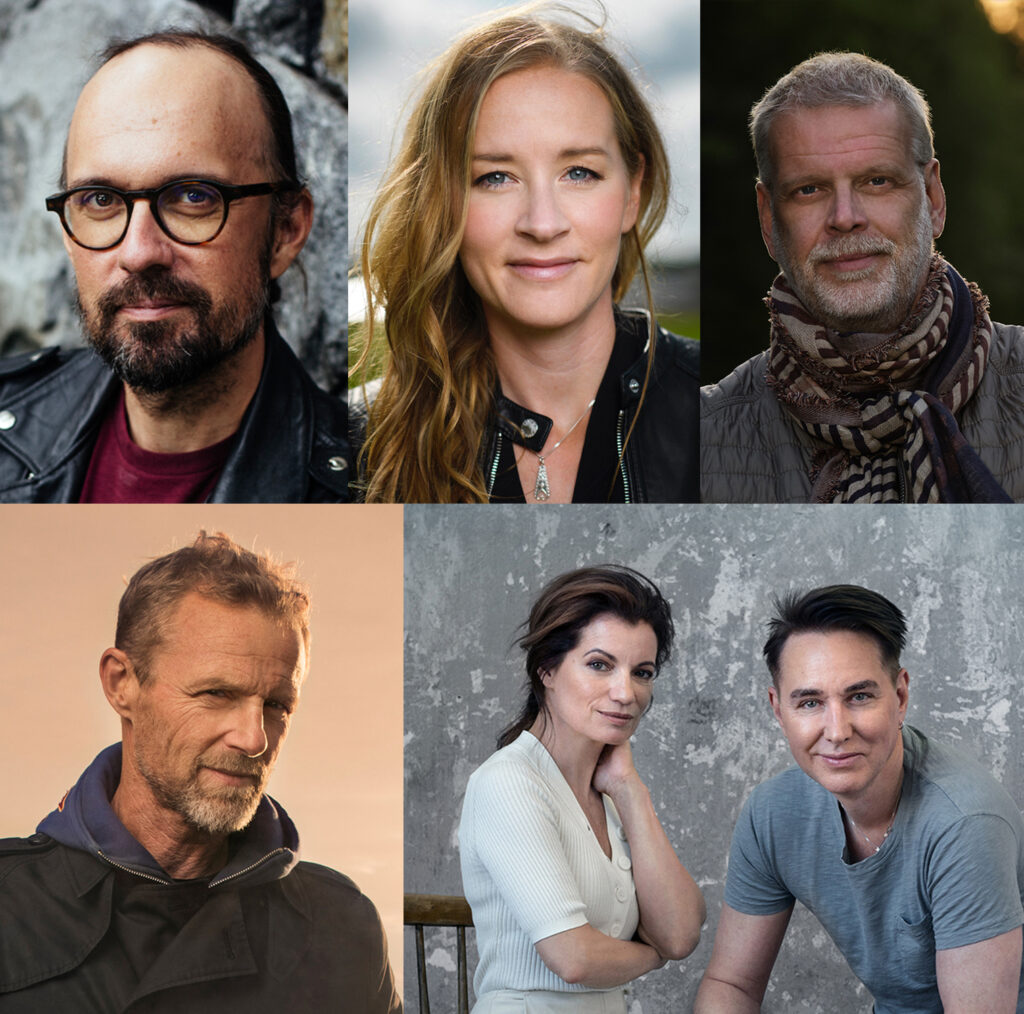 The nominees for 2020’s Adlibris Awards have been announced. Adlibris is the leading book retailer in the Nordics and last year, the Adlibris Award was founded to celebrate the site’s most popular titles. 10 titles in 9 different categories are nominated by a jury of Adlibris employees, and all titles must have been published during 2020.

A new category added this year is the ‘Debutant’ one, in which Klas Ekman’s recently published Capable People can be found.

Amongst the nominated titles in the ‘Crime Fiction’ category are Stina Jackson’s The Last Snow, Hans Rosenfeldt’s When Crying Wolf, Jo Nesbø’s  The Kingdom and Lars Kepler’s The Mirror Man.

Fans have until December 8 to cast their votes in each respective category. The winners will be announced on January 25, 2021.

Click the “Read more” button below to cast your vote. 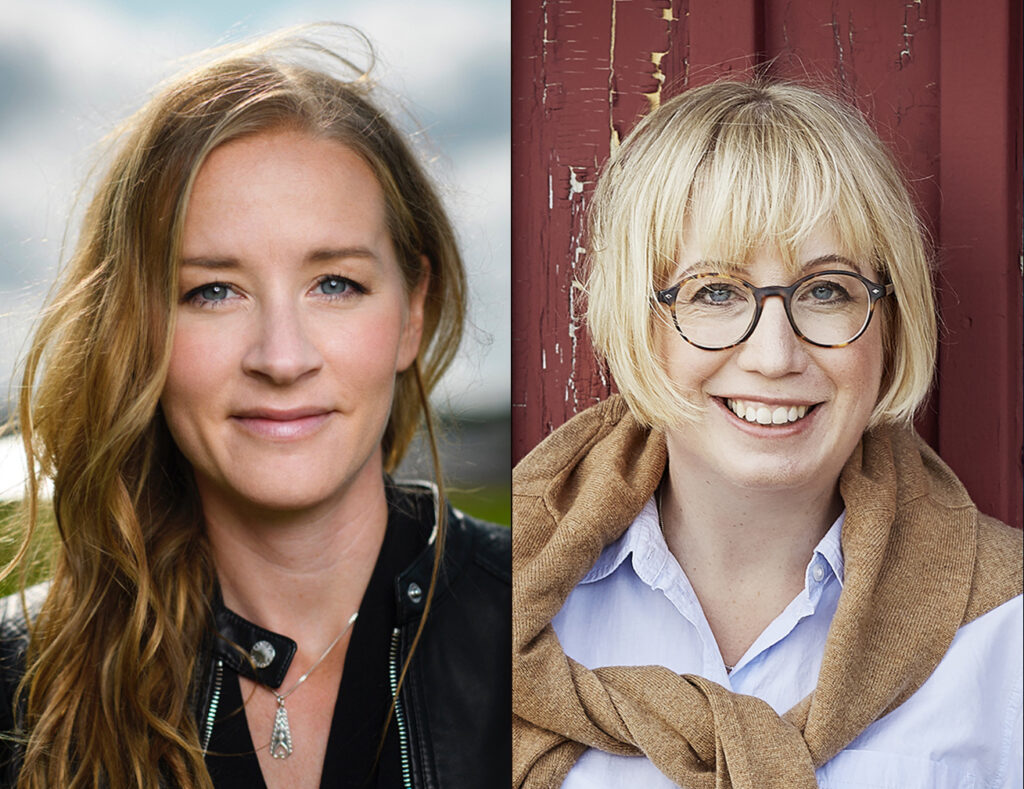 Stina Jackson and Kristina Ohlsson have both been shortlisted for the prestigious 2020 Swedish Academy of Crime Writers’ Award for ‘Best Swedish Crime Novel’. Jackson is nominated for The Last Snow, while Ohlsson is shortlisted for her upcoming title Stormvakt, the first installment in a new series.

The winning author will be announced on November 22. 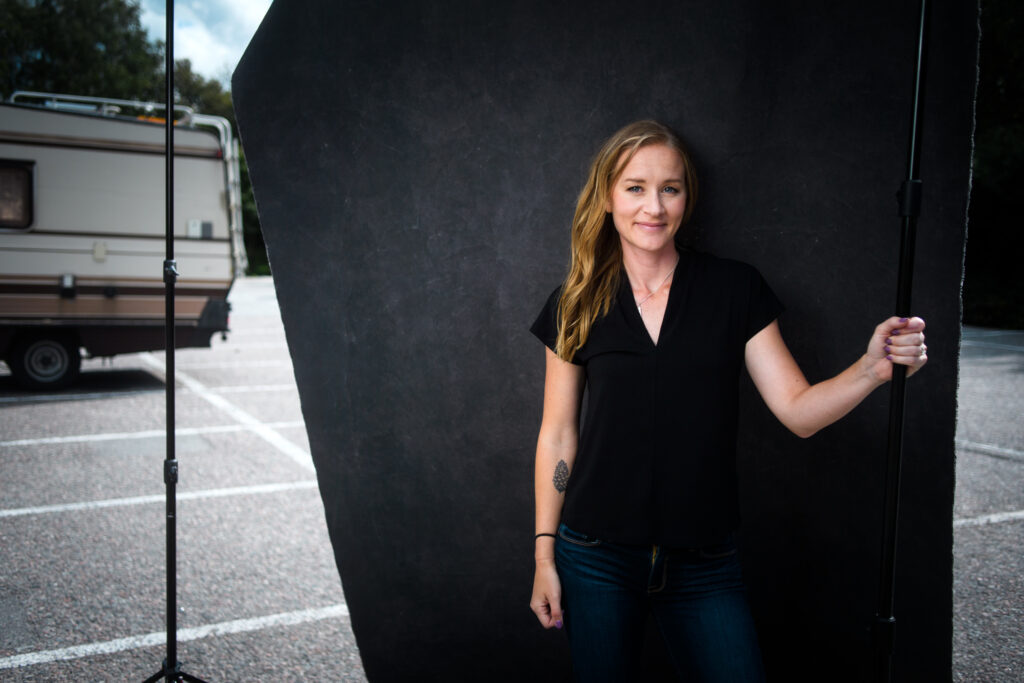 Stina Jackson’s The Last Snow is the second highest grossing title of the second quarter of 2020 in Sweden. The title has yet to be published in the paperback format, which is slated for December. 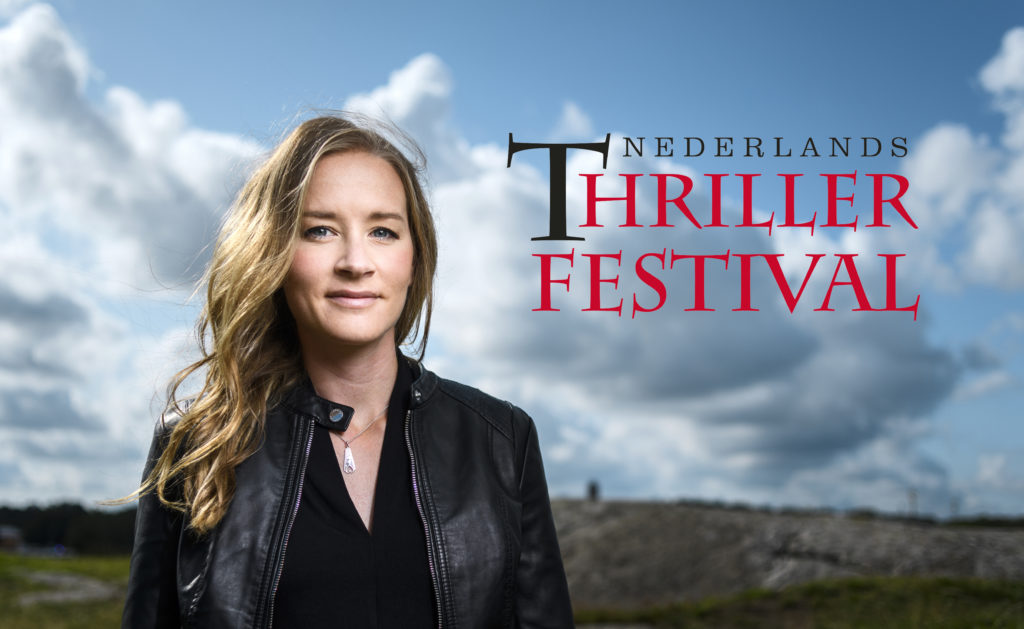 Stina Jackson’s The Silver Road has been longlisted for the MAX Bronze Bat, a Dutch literary award. The Bronze Bat is dedicated to remarkable debuts and is handed out during the annual Nederlands Thrillerfestival in Zoetermeer, Netherlands. The shortlist will be revealed at the end of September, and the final winner announced during the digital Book Festival on October 25.