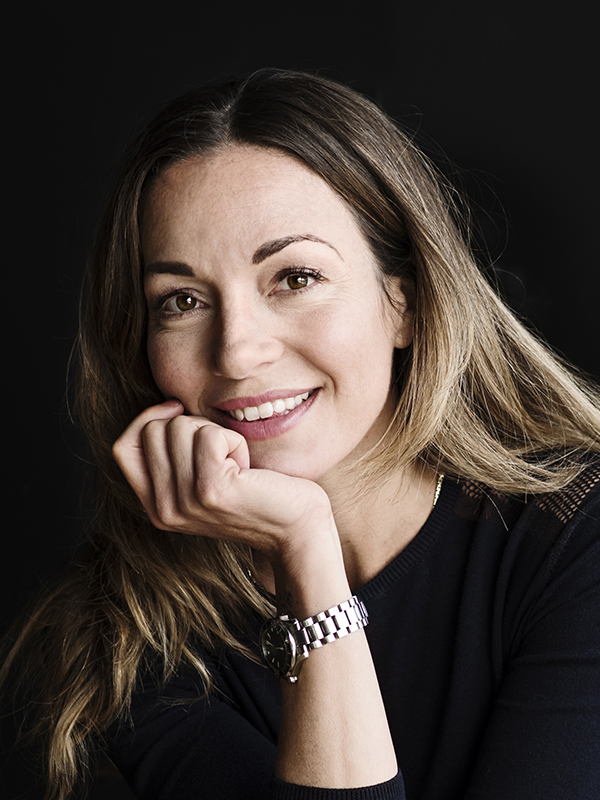 Katrine Engberg (b. 1975) had already attained the status of acclaimed dancer and choreographer when she began writing. Honing her voice and authorship while simultaneously continuing to contribute to the Arts, both as a director and a choreographer, Engberg soon emerged as a virtuoso of sensitive portrayals and ingeniously intertwined plot threads. Written in 2016, The Tenant is Engberg’s crime fiction debut and the first book in the internationally acclaimed and bestselling Copenhagen series, hailed for its refreshing style and lovable characters. Four books have been written in the series to date.

“There is a humor to Katrine Engberg’s prose. I think it’s wonderful how her crime novels make you laugh and pause. She’s a master at it.”
–Nele Neuhaus 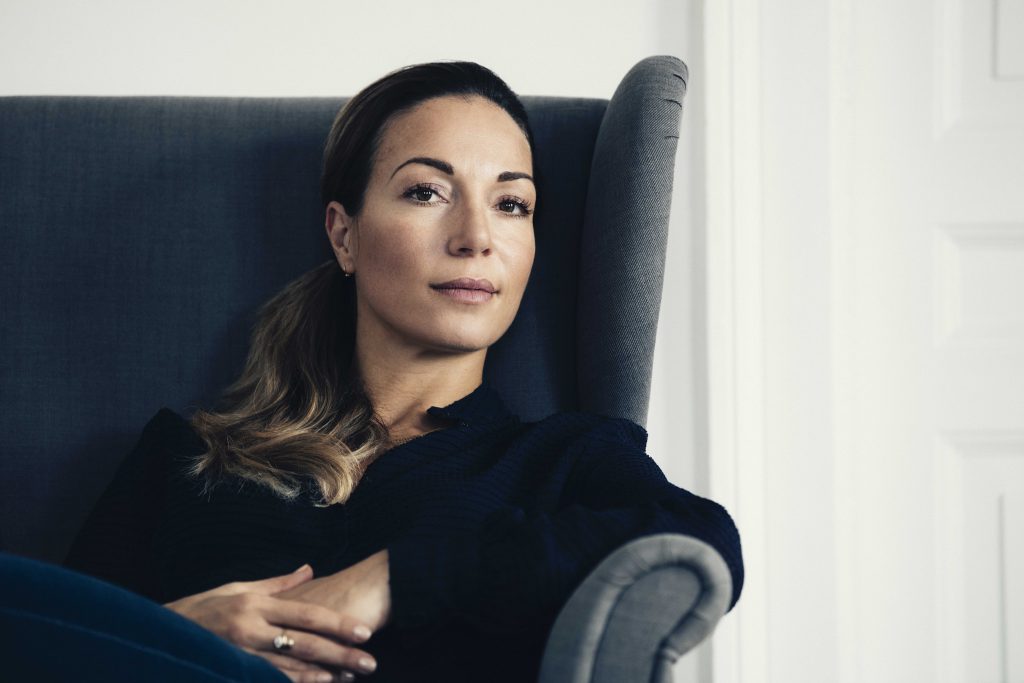 Katrine Engberg nominated for ‘Author of the Year’ award in Denmark

Katrine Engberg is one of three authors nominated for Danish online book platform Plusbog’s ‘Author of the Year’ award. The motivation for Katrine’s nomination is as follows:

“Since her debut in 2016 she has with her shrewd and bulletproof plots, book after book, established her place among the favorite authors of the Danish crime readers. She is particularly loved for her unique language, both accessible and humorous. Also the latest addition to her series has been well-received by the Danish readers, with Katrine Engberg currently topping the bestseller lists with newly published crime novel Isola.”

The winner will now be chosen by the readers, who are able to vote for their favorite up until the 9th of November. To place your vote, click here. 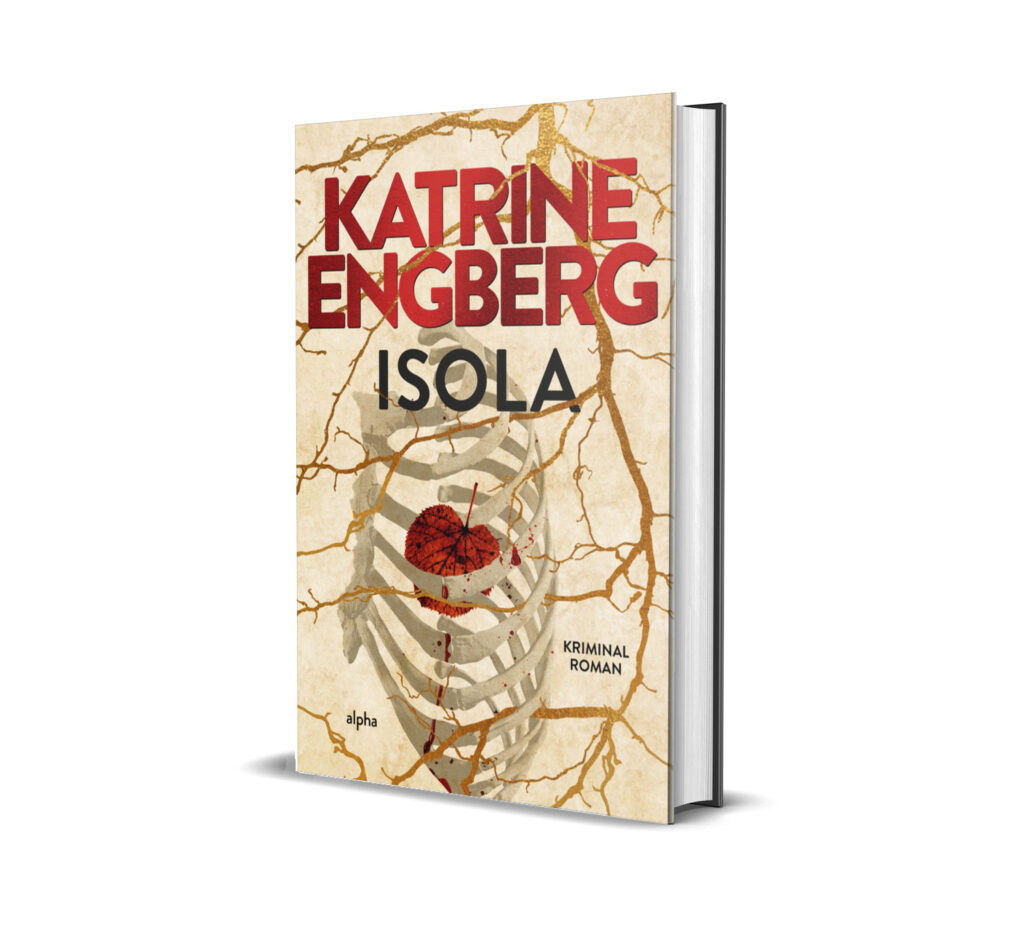 Katrine Engberg’s just published Isola, the final installment in the bestselling series about police detectives Kørner & Werner, is No. 1 on all the major retailers’ bestseller lists for hardcover fiction in Denmark this week, as well as being the most listened to title of the week on Mofibo/Storytel, Denmark’s leading audiobook streaming platform.

Week 19’s bestseller lists from Norway see Hedvig Montgomery once again climb in the non-fiction category. The Adolescent Years, the fifth installment in her Parental Magic series, lands the No. 3 spot. The paperback list’s No. 3 placement goes to Jørn Lier Horst & Thomas Enger’s Smoke Screen. Lastly, Katrine Engberg grabs two spots on the e-book list, coming in at No. 8 with Blood Moon, and No. 10 with The Tenant. 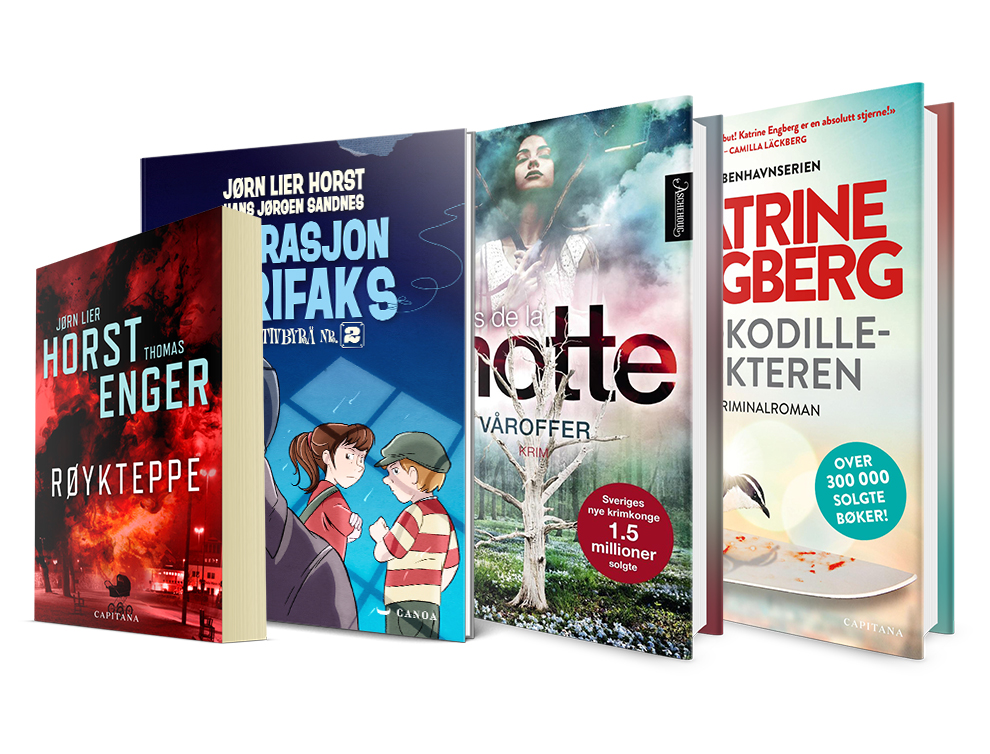 Smoke Screen, the second novel from the author duo Jørn Lier Horst & Thomas Enger, is No. 1 in e-book on week 16’s official bestseller list for Norway. The title is also No. 3 in paperback. On the hardcover list, Jørn Lier Horst reprises his appearance, coming in at No. 7 with Operation Trickster, the seventeenth book in his and Hans Jørgen Sandnes’ Detective Agency No. 2 series. Not far behind at No. 9 is Anders de la Motte, with Rites of Spring. Lastly, Katrine Engberg features twice on the e-book list, first at No. 5 with The Tenant, and then at No. 10 with Blood Moon. 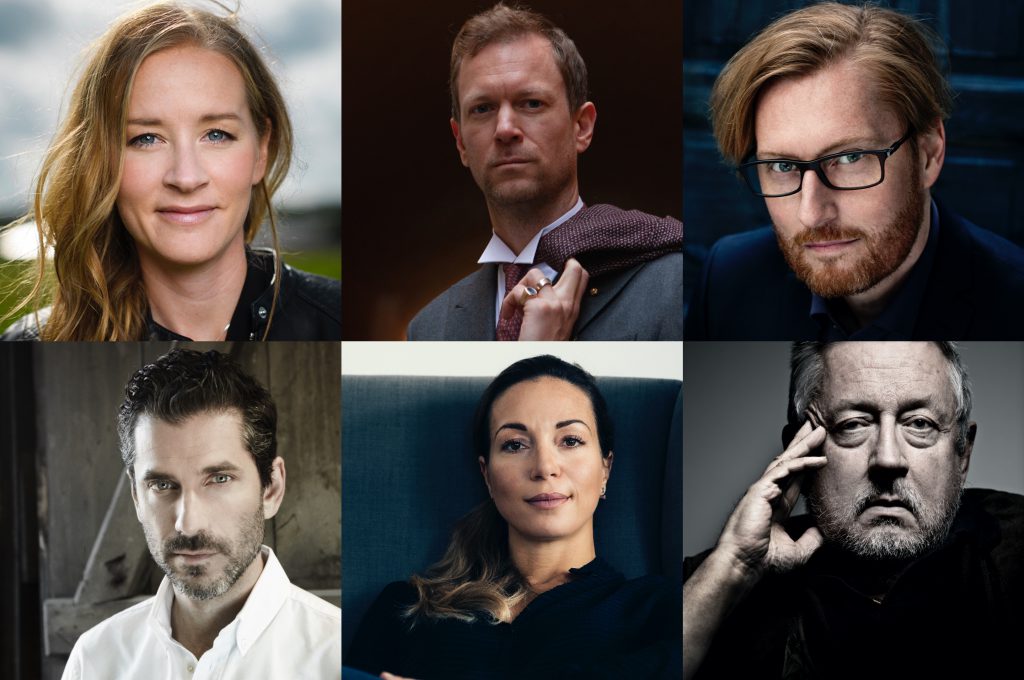 The Norwegian bestseller lists for week 15 see Jørn Lier Horst & Thomas Enger’s second installment in their co-written Blix & Ramm series Smoke Screen claim the No. 1 spot in the paperback category. The novel also features at No. 4 in e-book. Jørn makes another appearance, together with Hans Jørgen Sandnes and their latest part in the Detective Agency No. 2 series, Operation Trickster, which comes in at No. 5 in hardback. Katrine Engberg’s debut The Tenant meanwhile nabs the No. 2 spot on the e-book list, and is accompanied by Thomas Enger and his YA-novel City at the End: Widowton at No. 7. 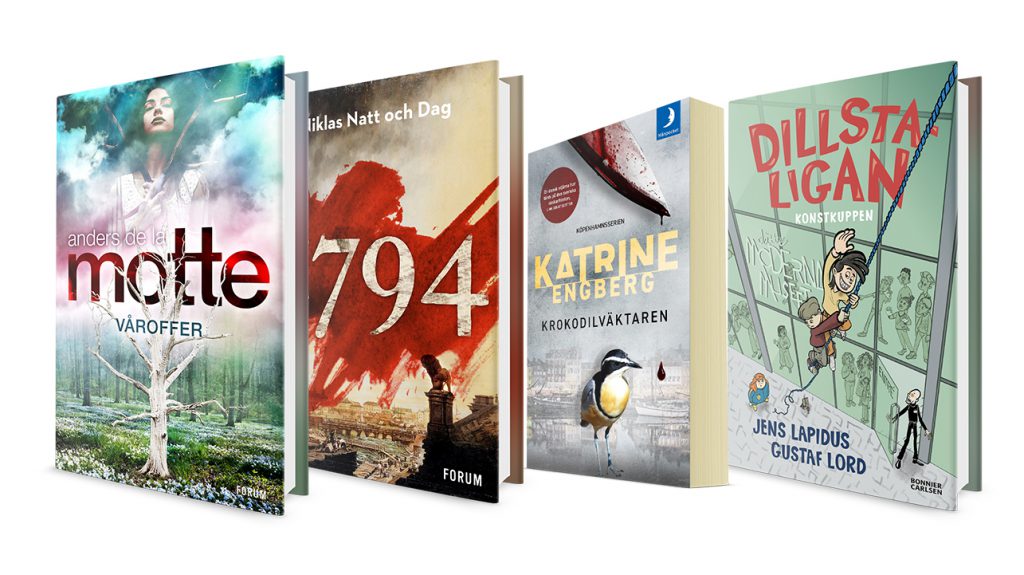 Week 14’s official bestseller lists see Anders de la Motte claim three No. 1 placements with the just published Rites of Spring. The novel, the fourth installment in the Skåne Quartet, is No. 1 in hardcover, audio and e-book. Niklas Natt och Dag’s 1794 also features on the hardcover list, coming in at No. 5. Katrine Engberg meanwhile grabs the No. 2 placement on the paperback list with The Tenant. On the children’s books list, Jens Lapidus’ The Dillsta Gang and the Art Heist, the first book in his new series for young readers, is No. 7.

Katrine Engberg’s The Tenant tops the March bestseller list for paperbacks in Sweden, coming in at No. 1. The hardcover list sees Niklas Natt och Dag land the No. 3 spot with 1794, while Jonas Bonnier’s The Day of the Lord is No. 5. Anders Roslund’s Knock Knock features at No. 3 on the e-book list. 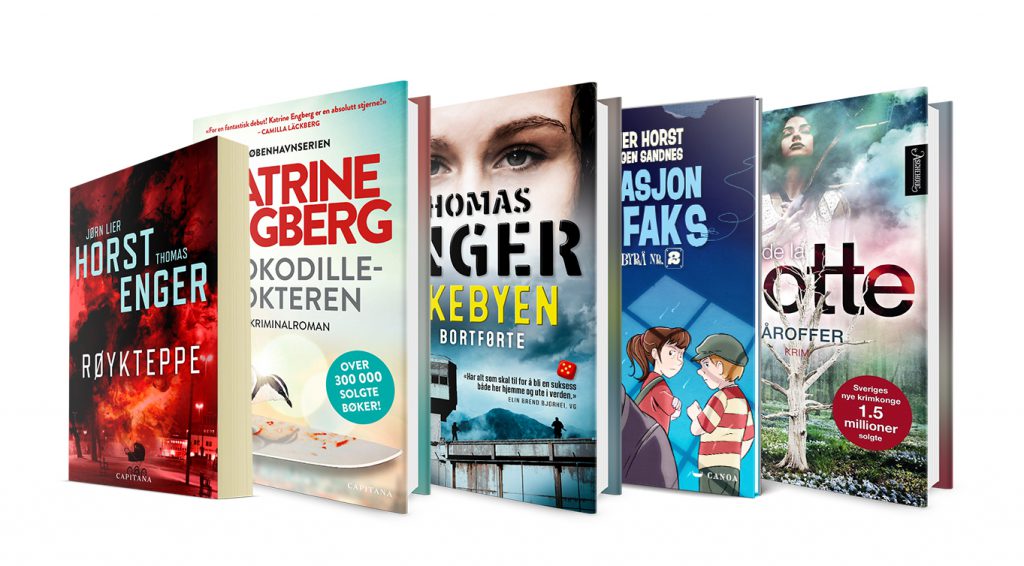 Jørn Lier Horst & Thomas Enger feature prominently on week 13’s bestseller lists, where their Smoke Screen comes in at No. 1 both on the paperback and the e-book bestseller lists. Katrine Engberg’s The Tenant also appears on the e-book list, this week at No. 7, closely followed by Thomas Enger’s City At The End: Widowton at No. 8.

On the hardcover list Jørn Lier Horst & Hans Jørgen Sandnes are No. 4 with Operation Trickster, and Anders de la Motte’s recently published Rites of Spring is No. 6.

Jørn Lier Horst & Thomas Enger Katrine Engberg Thomas Enger Jørn Lier Horst & Hans Jørgen Sandnes Anders de la Motte
Show more stories
We use cookies to ensure that we give you the best experience on our website. If you continue to use this site we will assume that you are happy with it.Ok