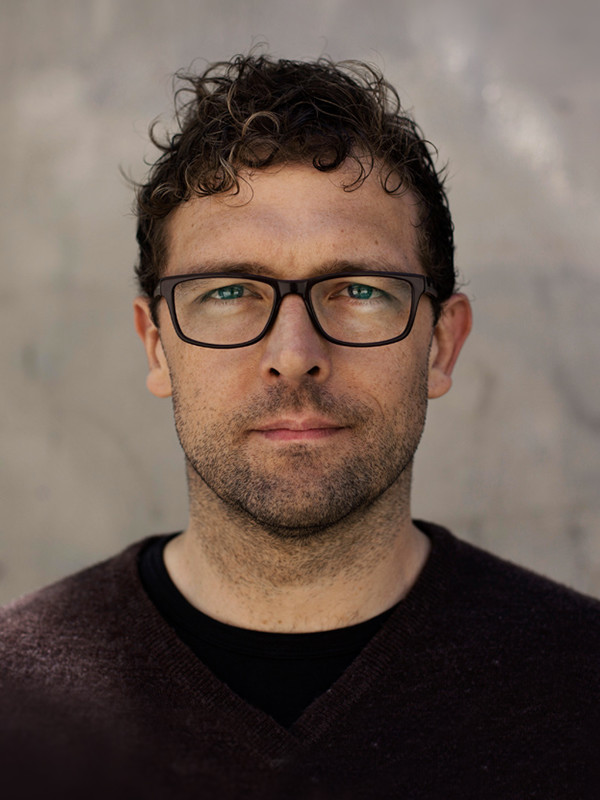 Bobbie Peers (b. 1974) made his mark on Norwegian film history when he in 2006 won a Palme d’Or for his Sniffer, written and directed by Peers himself. The award became the first of many milestones in the London International Film School graduate’s career as a director and film writer. 2015 witnessed the multi-talented Peers’ debut as a children’s books author. William Wenton and the Luridium Thief is the first book in the award-winning series featuring the code breaking whizz William. 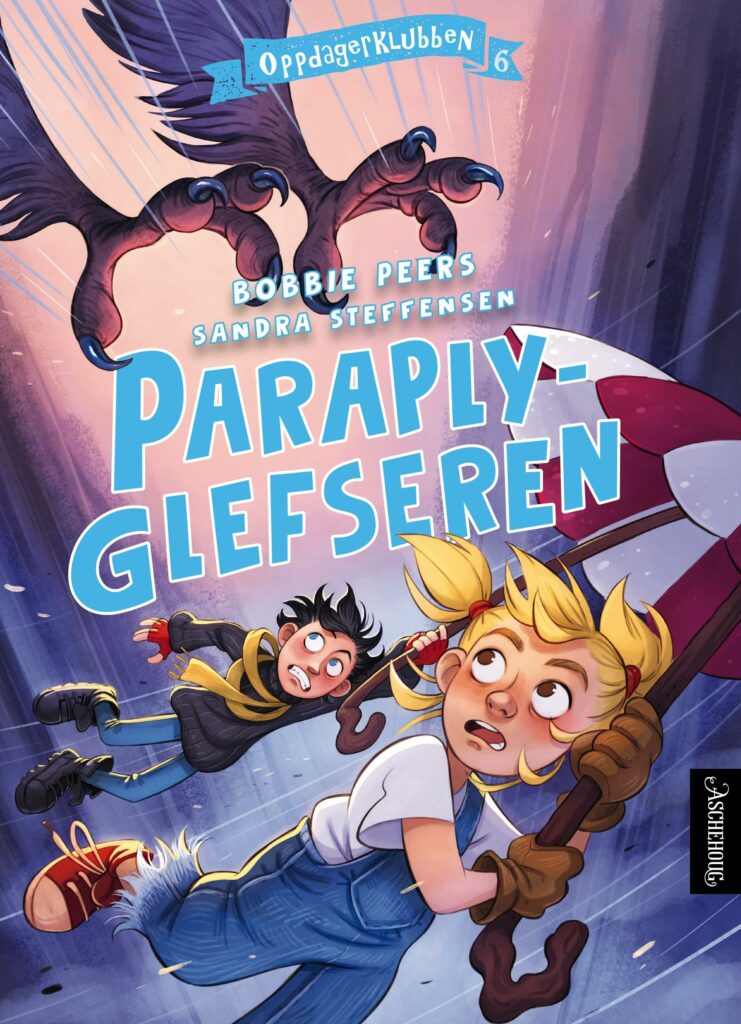 The Explorers' Club and the Umbrella Snapper 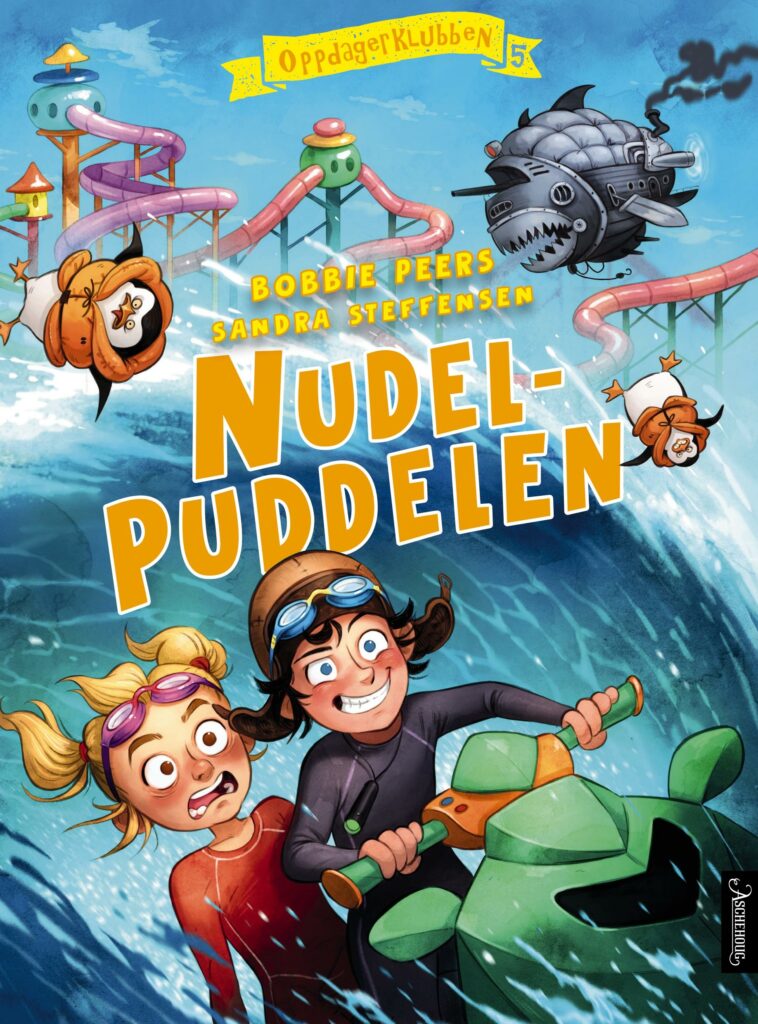 The Explorers' Club and the Noodle Poodle 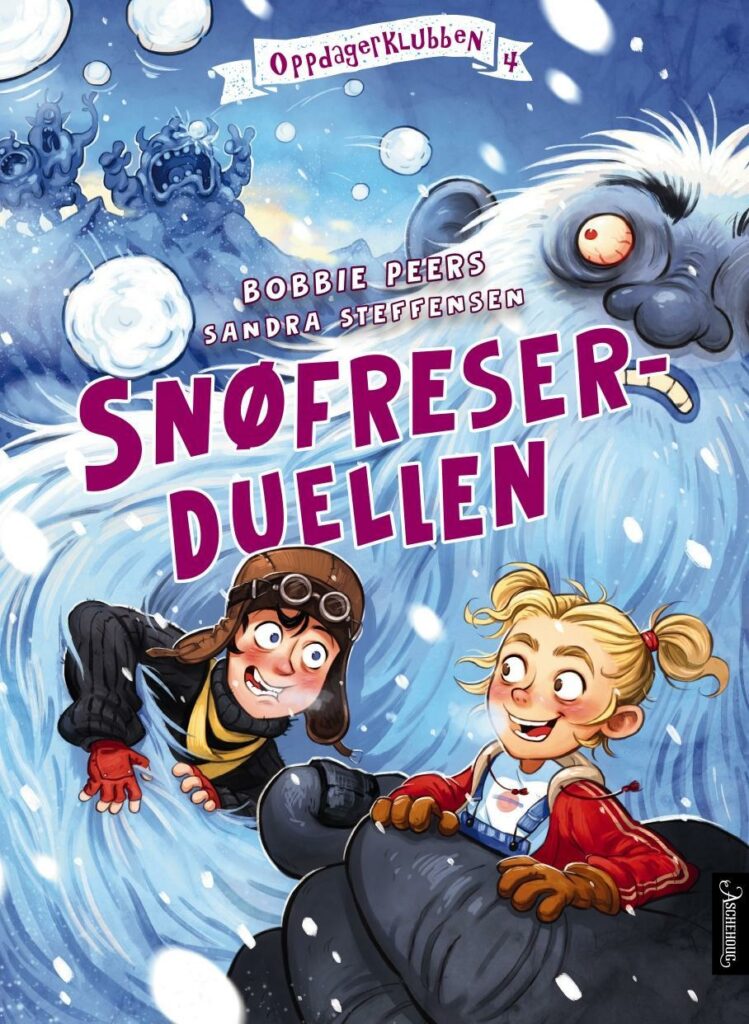 The Explorers' Club and the Snow Thrower Duel 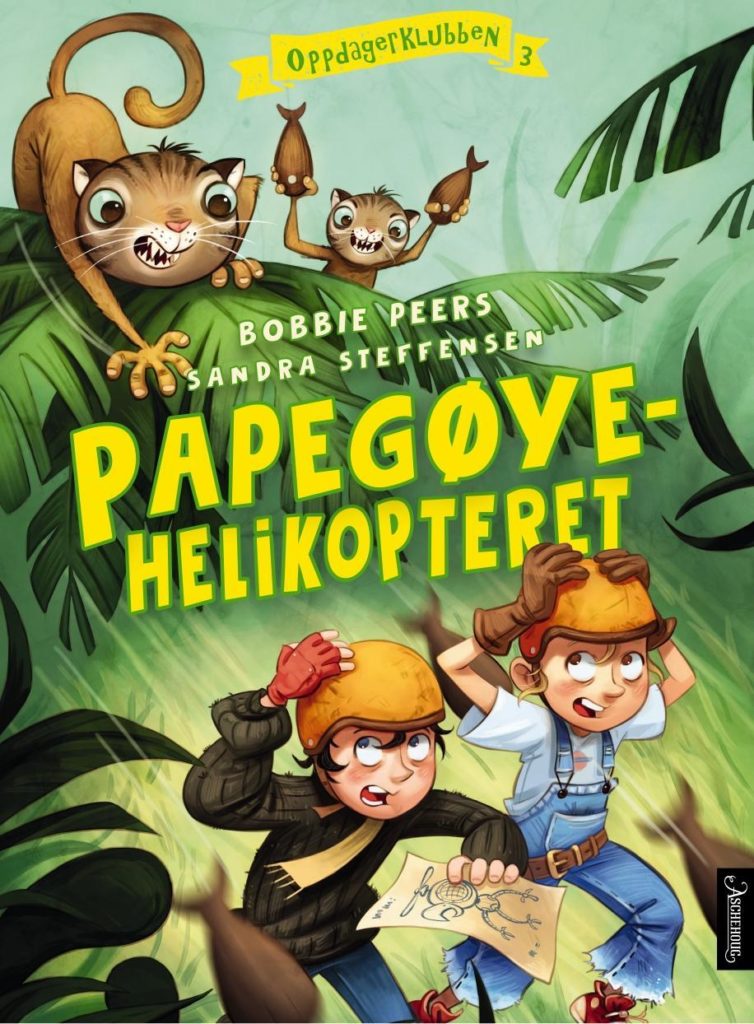 The Explorers' Club and the Parrot Helicopter 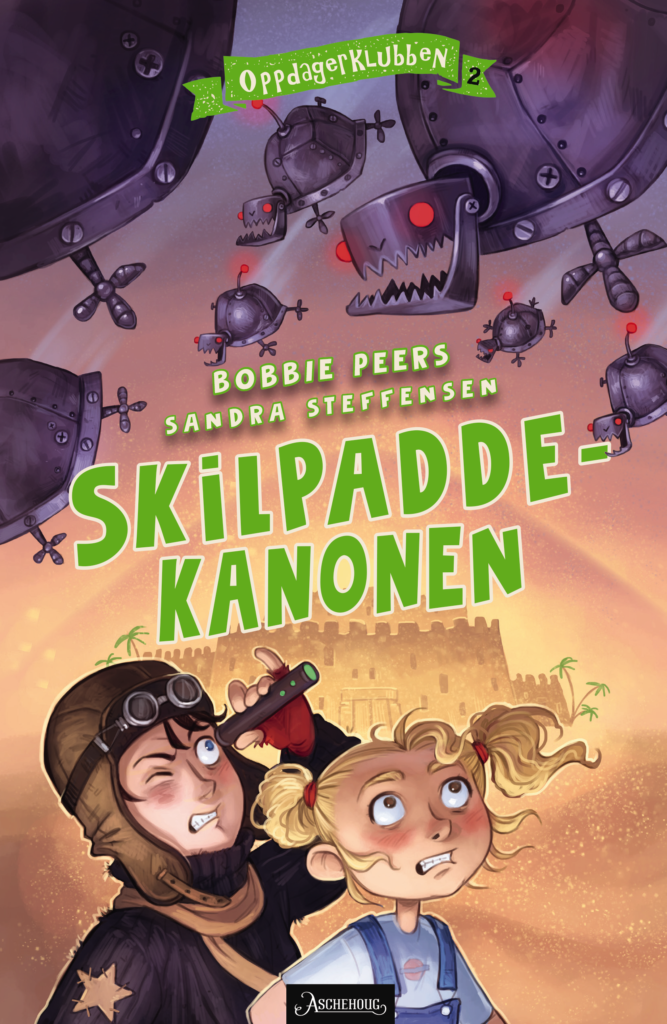 The Explorers’ Club and the Turtle Cannon 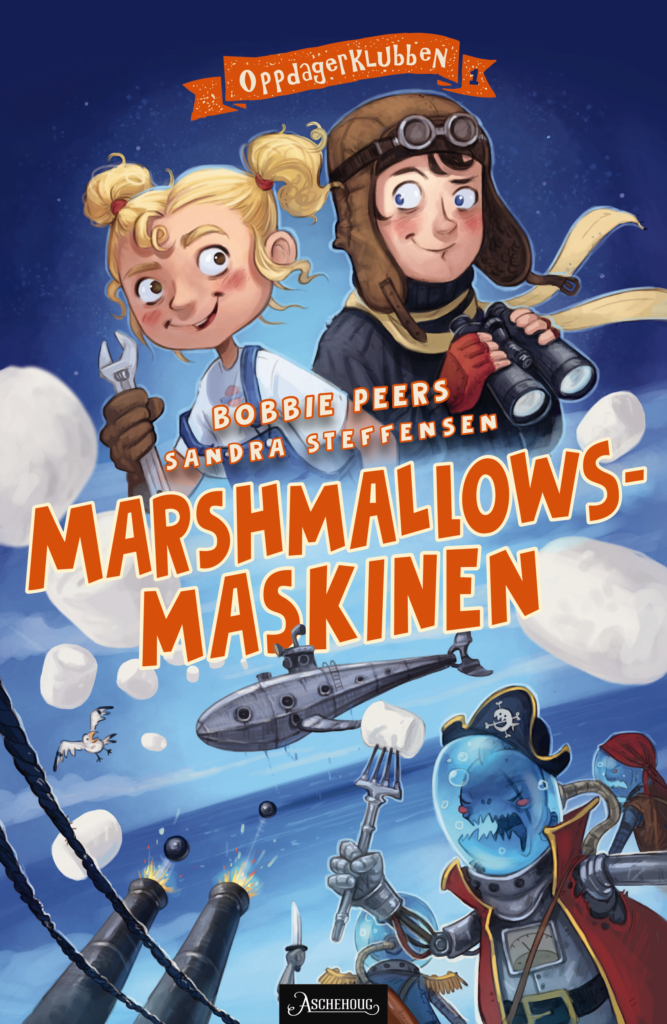 The Explorers’ Club and the Marshmallow Machine 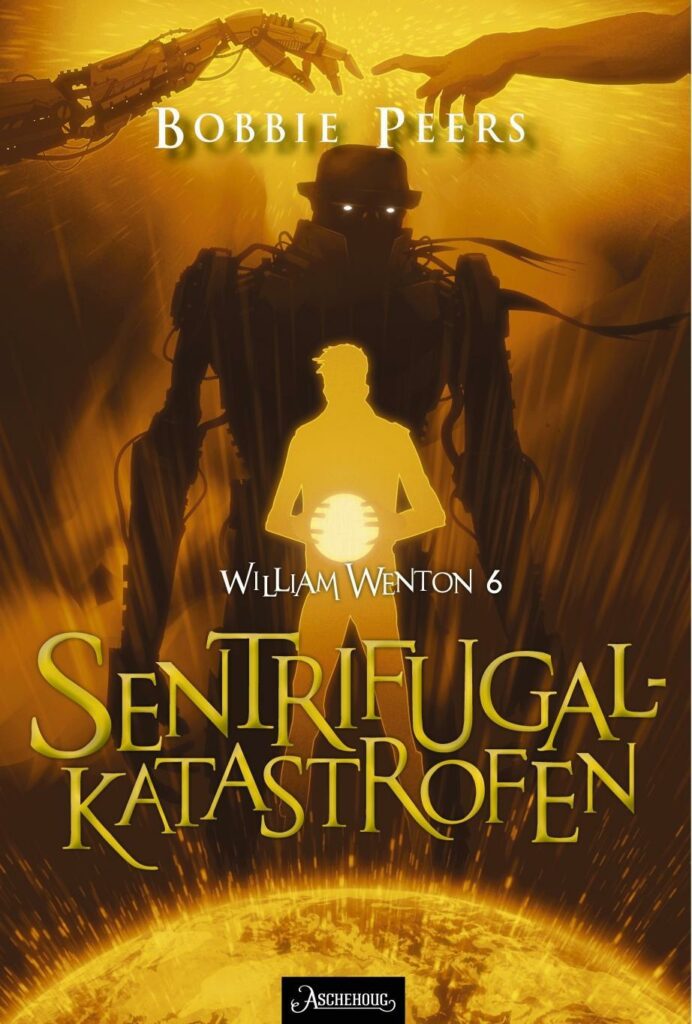 William Wenton and the Centrifugal Catastrophe 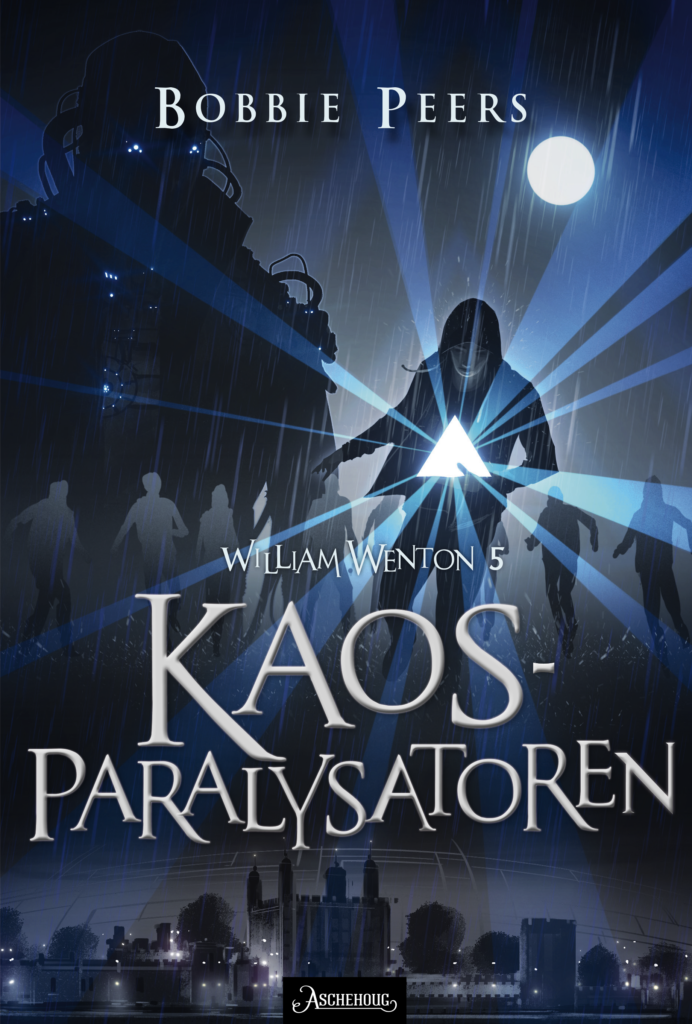 William Wenton and the Chaos Paralyzer 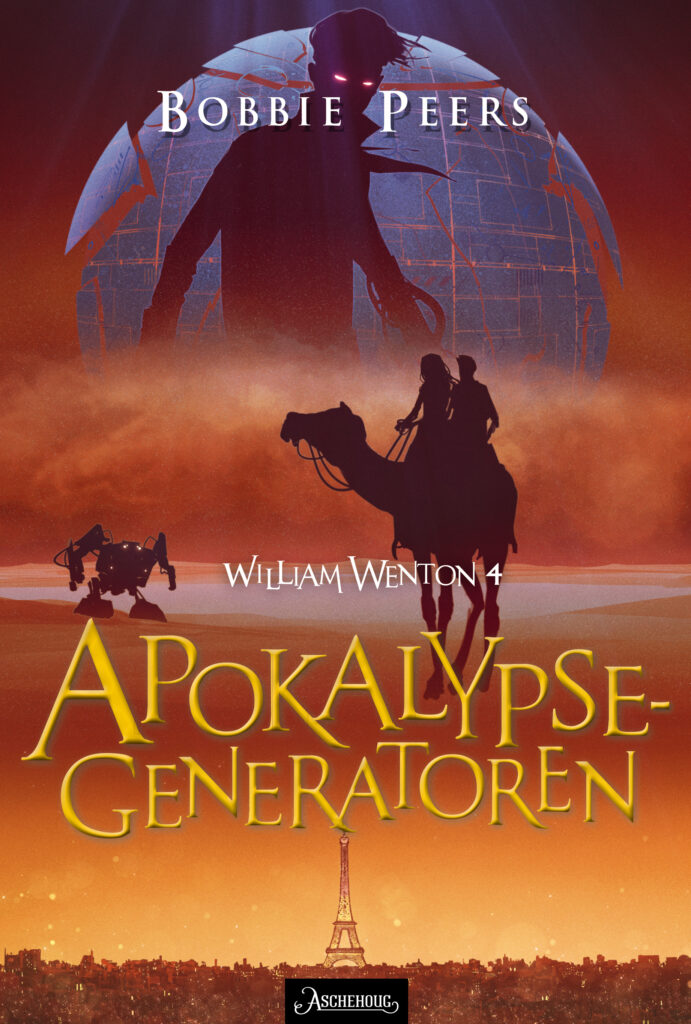 William Wenton and the Apocalypse Generator 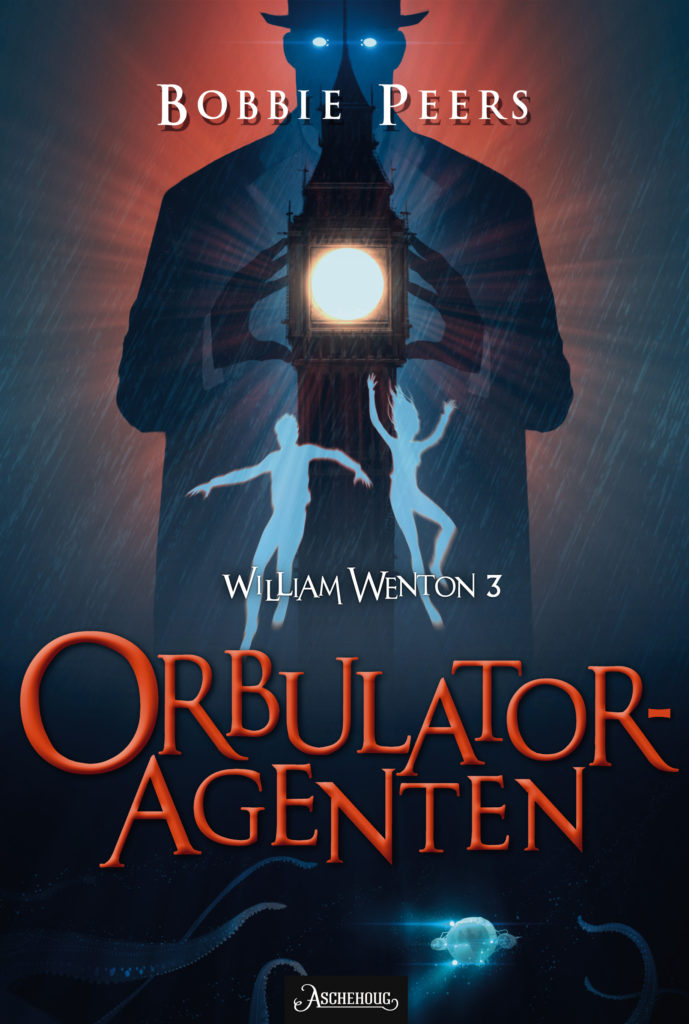 William Wenton and the Lost City 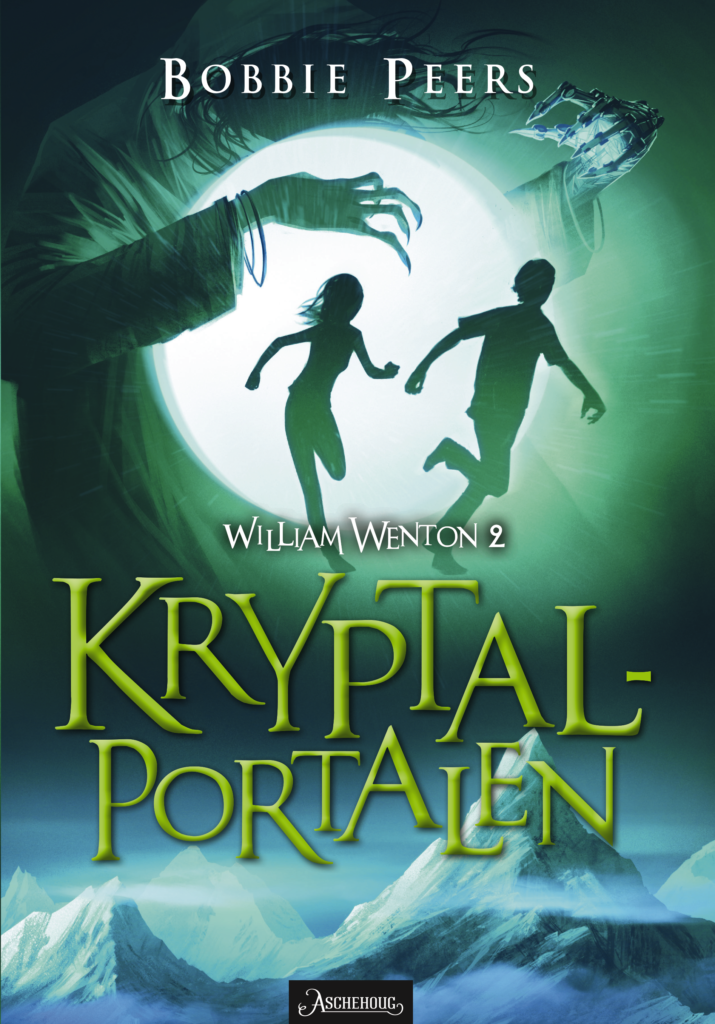 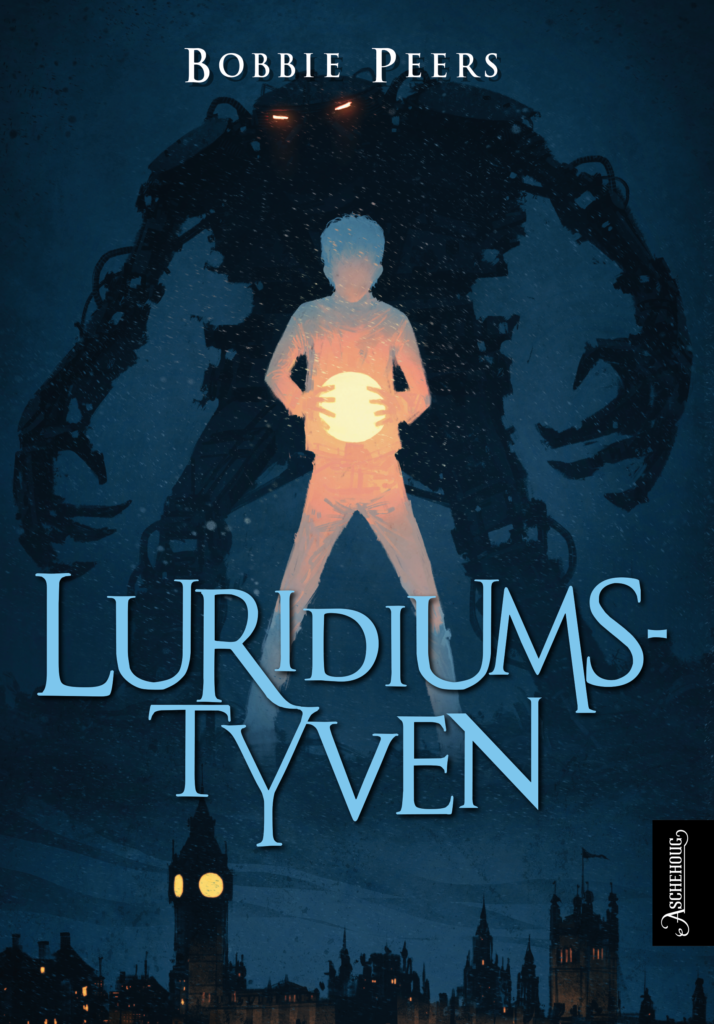 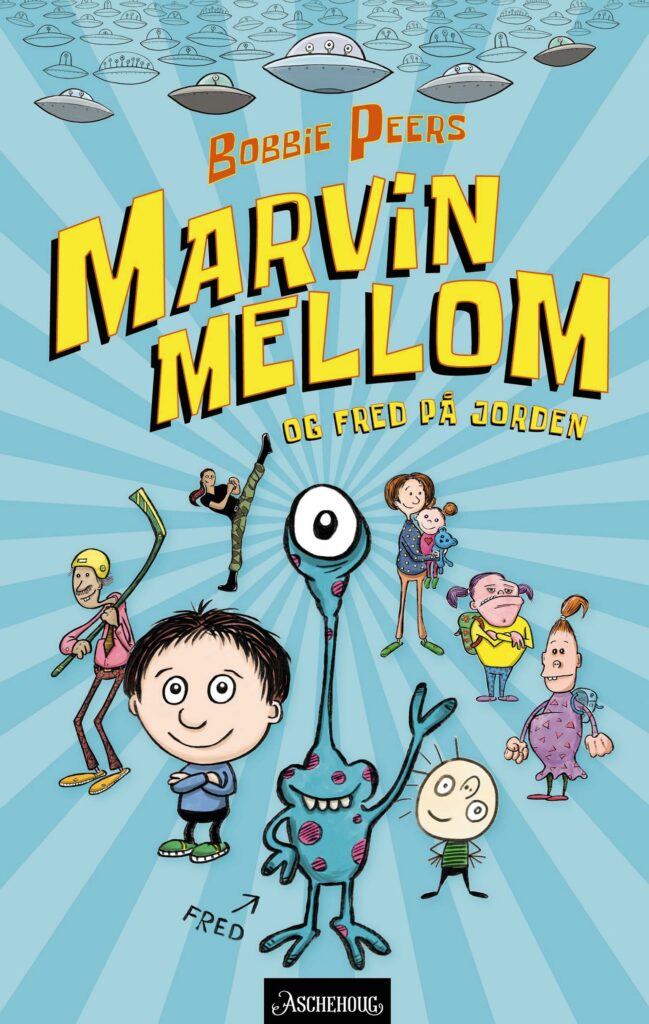 Marvin Mellow and Peas on Earth 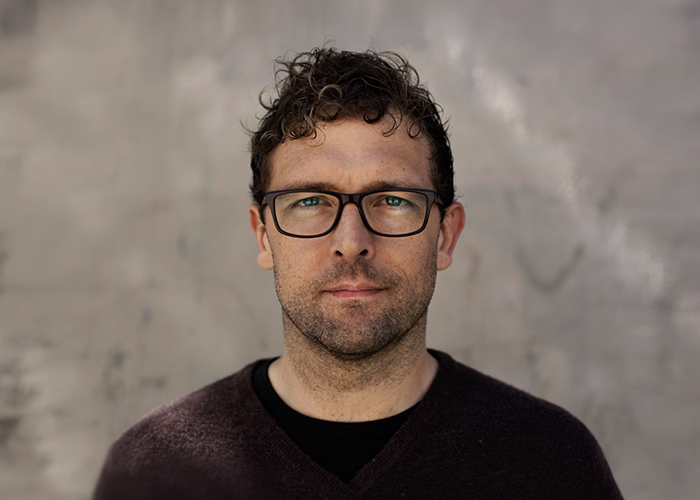 Ahead of its publication, Marvin Mellow and Peas on Earth has garnered Bobbie Peers his second nomination for Ark’s Children’s Book Award 2021. Peers previously won the sought-after award in 2015 for William Wenton and the Luridium Thief. The annual literary prize is bestowed upon the children’s book of the year and the ultimate winner is selected by over 10,000 children in grades 5-7. The award ceremony will be held in Oslo in November. 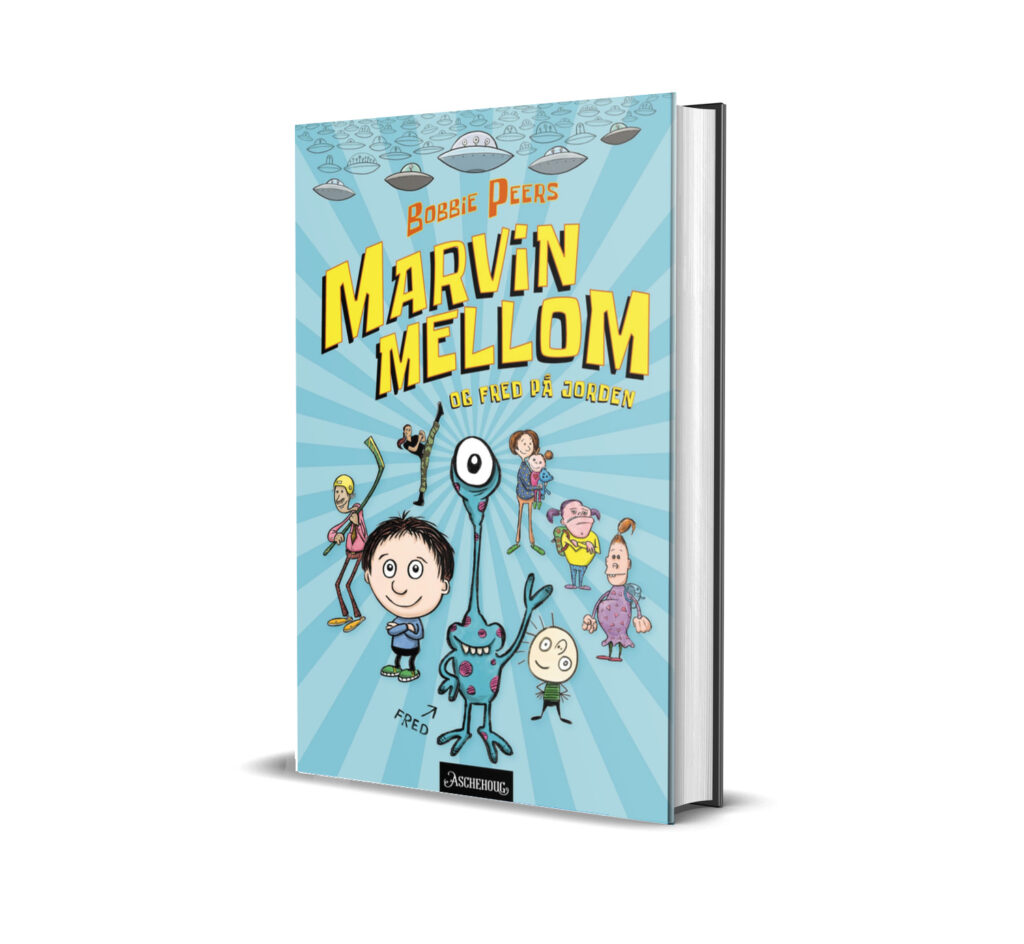 Marvin Mellow is a strikingly ordinary boy. He gets pushed around by nasty bullies at school and dreams of becoming a YouTube star. Then one day his life takes an unexpected turn when he discovers a peculiar metal egg in his garden and befriends the alien Peas. From then on, nothing is ordinary! 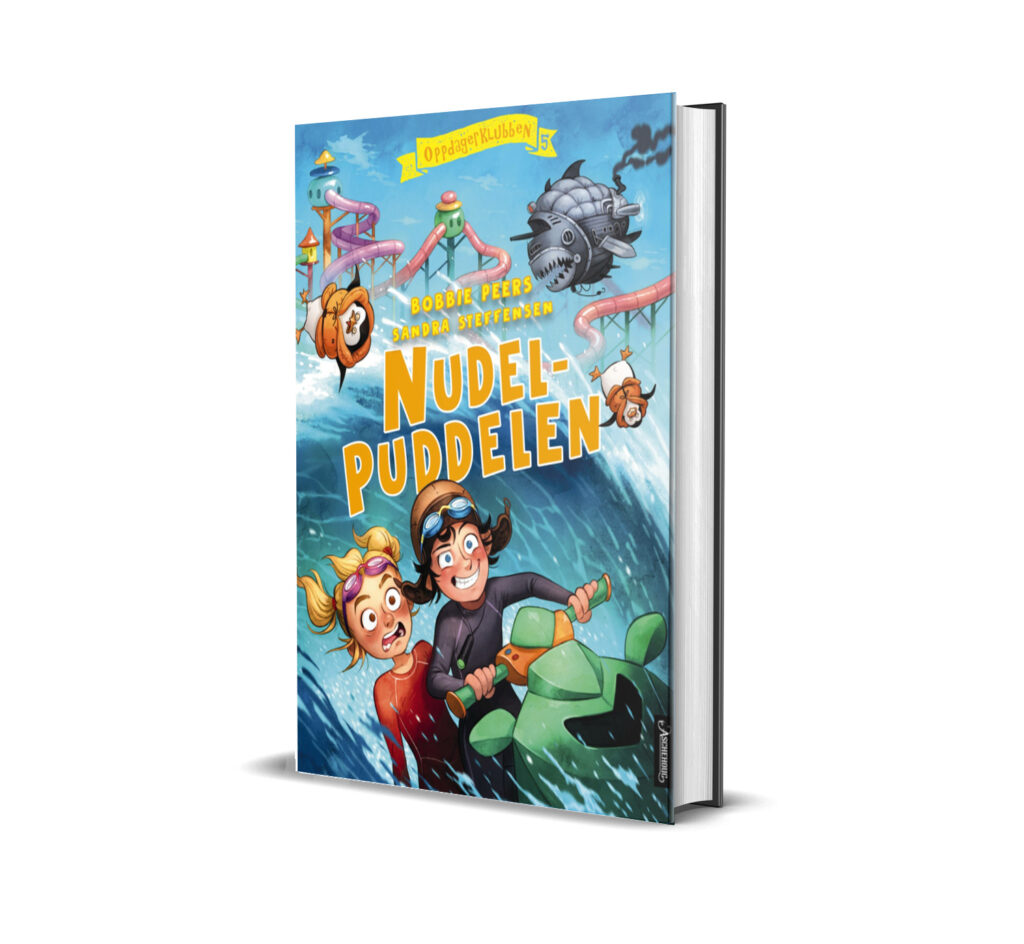 The Explorers’ Club and the Noodle Poodle published in Norway

Ella and Felix have to journey to Water Land, which is under threat from a sudden flood – much to the despair of its aquaphobic penguin population. The water already reaches all the way up to the tallest diving board. Meanwhile the piranha pirates’ dog has gone missing, and their General is not happy about it. Can the two mysteries have something to do with one another?

In the fifth installment of the Explorer’s Club series, The Explorers’ Club and the Noodle Poodle, we once again accompany Ella and Felix to the whimsical universe where the children’s imagination saves them from menacing pirates. 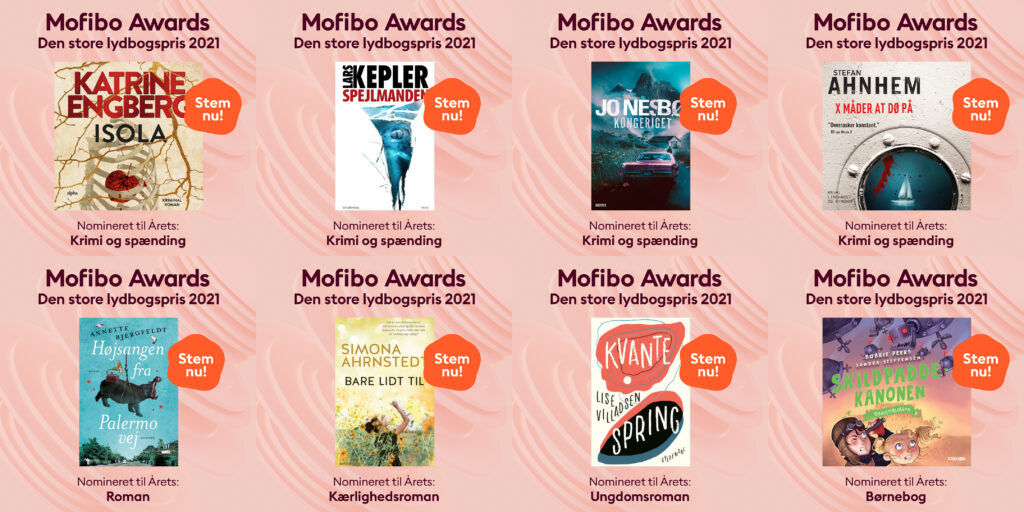 The October bestseller list for children’s fiction in Norway

Operation Red Ribbon, Jørn Lier Horst & Hans Jørgen Sandnes’ eighteenth Detective Agency No. 2 book, is No. 2 on the children’s books bestseller list for the month of October. The No. 5 spot goes to William Wenton and the Centrifugal Catastrophe, the sixth William Wenton book by Bobbie Peers. 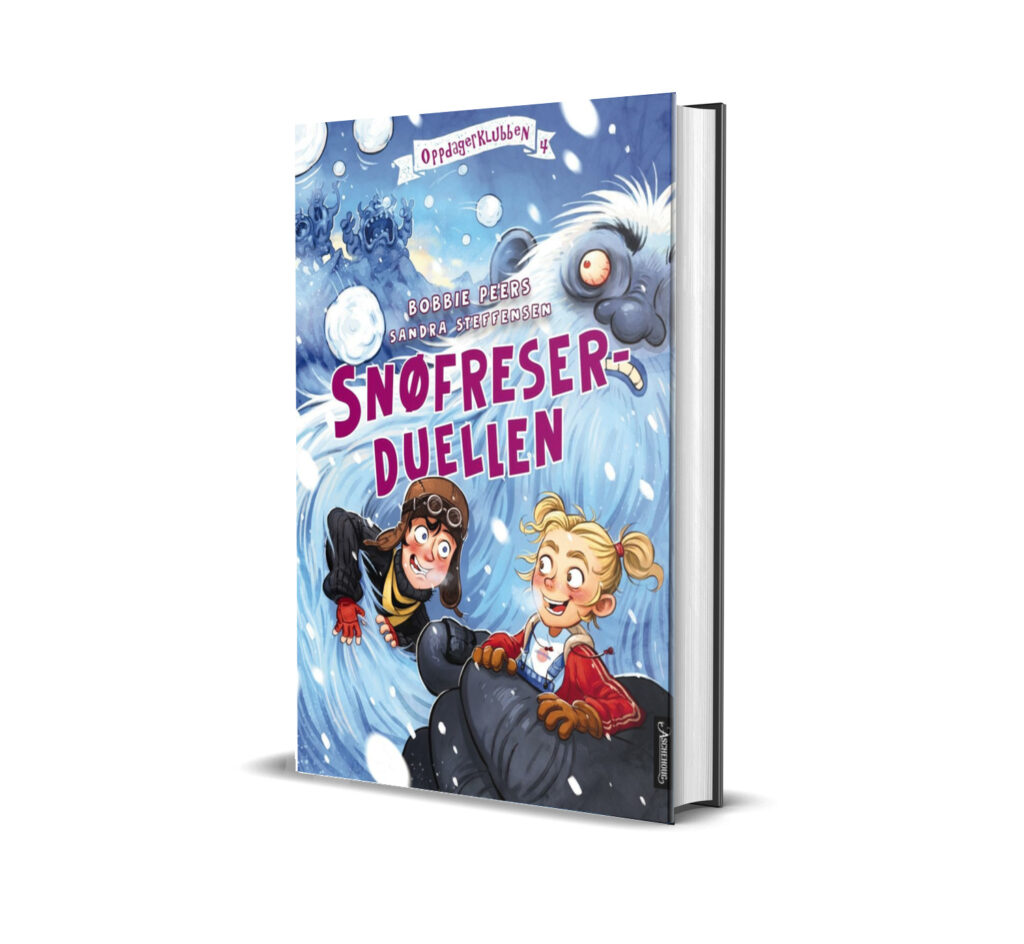 ‘The Explorers’ Club and the Snow Thrower Duel’ published in Norway

Big, dangerous snow throwers have entrenched themselves at the world’s perhaps tallest mountain. Ella and Felix are tasked with helping the poor snow shufflers reclaim their mountain top. Can a proper duel settle who gets to build a snow fortress at the very peak?

In this thrilling fourth installment in the series about the Explorers’ Club we accompany Ella and Felix on an icy mission where snow shufflers, snow throwers and ski jumpers turn out to be everything but what you thought they were.

In The Explorers’ Club and the Snow Thrower Duel we once again return to the beloved whimsical universe where the children’s imagination saves them from menacing pirates and ferocious snow throwers. 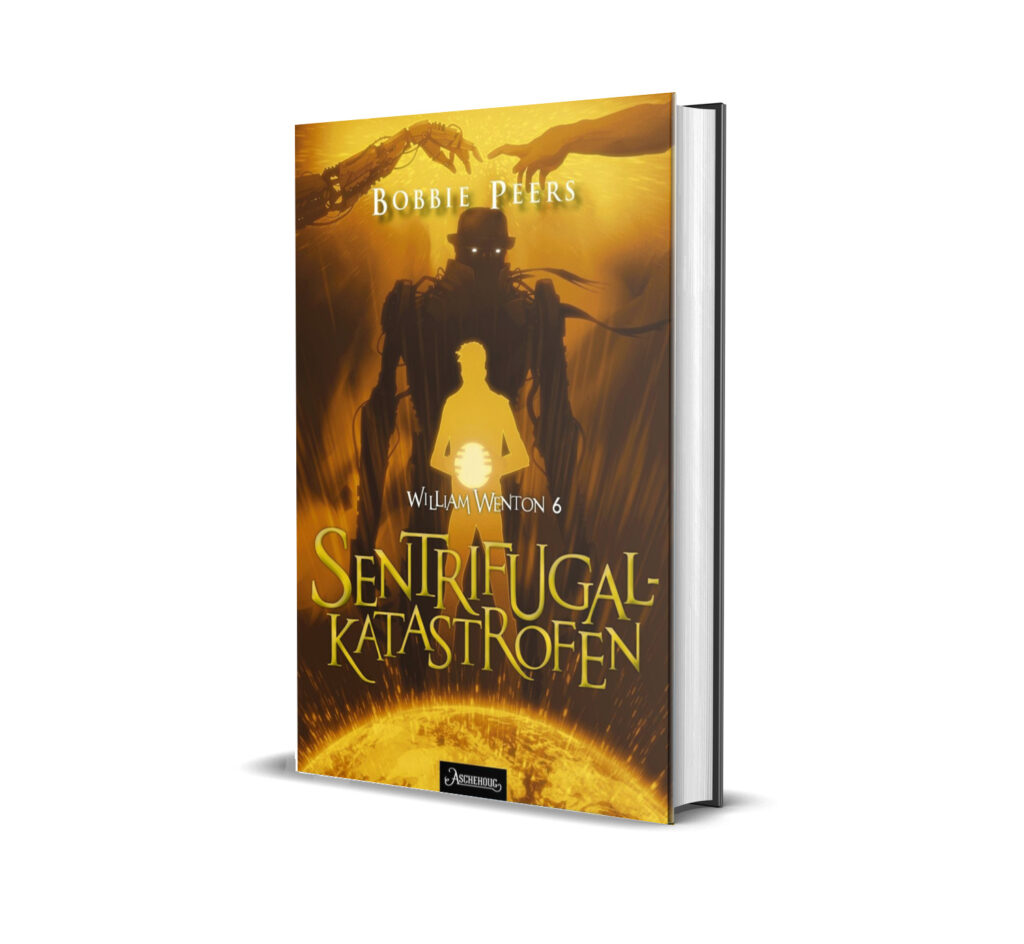 ‘William Wenton and the Centrifugal Catastrophe’ published in Norway

In this much-awaited last installment about the world’s best code breaker, the final showdown awaits between William Wenton and Abraham Talley. Will William manage to save the world from luridium? And what about the luridium inside of himself? William has got to crack the code to Earth itself in this thrilling finale to one of our time’s most popular children series.

Horst & Sandnes, Jo Nesbø and Bobbie Peers the most sold of the decade in Norway

There’s no disputing that the biggest children’s books duo of the decade in Norway is Jørn Lier Horst & Hans Jørgen Sandnes. The author/illustrator duo’s series about Detective Agency No. 2 claims a whopping 17 placements on the top 100 list of most sold titles 2010-2020. Fourteen of those titles are in the top 50, and four in the top 10, with Operation Thundercloud coming in at No. 4, Operation Summer Island at No. 6, Operation Shadowman at No. 9, and Operation Sunset at No. 10.

Horst & Sandnes are not the only ones to feature several times over on the list: Jo Nesbø and Bobbie Peers also appear multiple times, staking their claim as trendsetters within children’s fiction. Jo Nesbø grabs 4 spots with his Doktor Proctor series, and Bobbie Peers nabs 2 with his William Wenton series. 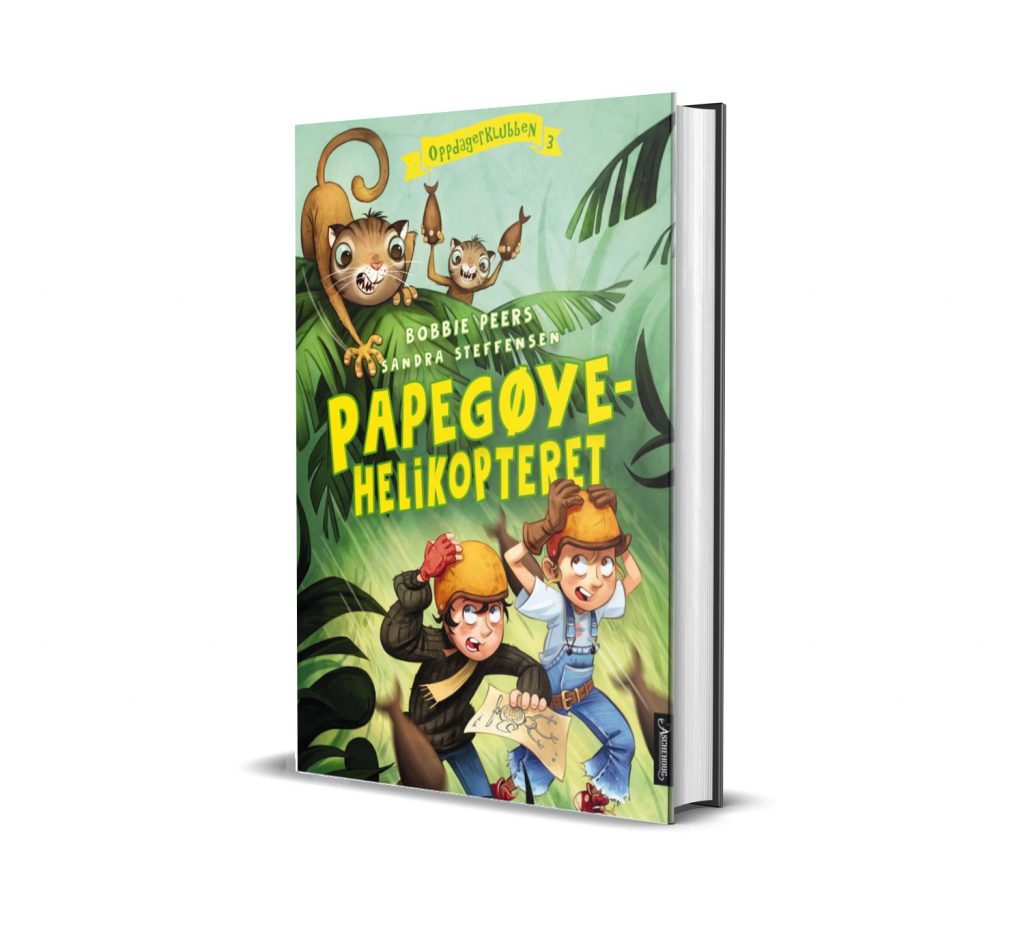 ‘The Explorers’ Club and the Parrot Helicopter’ published in Norway

Ella and Felix land in a rainforest where they will try to find the missing Parrot Helicopter. Along for the mission they have brought a couple of brand-new inventions which come in handy as they make some super-dangerous discoveries and encounter both terrifying carnivorous plants and highly peculiar animals that no one even knew existed.

In The Explorers’ Club and the Parrot Helicopter, the third installment of Bobbie Peers’ Explorers’ Club series, we once again return to the beloved whimsical universe where the children's imagination saves them from menacing pirates and robot monsters.

The Icelandic bestseller lists for 2019

The official Icelandic bestseller lists for 2019 have just been published, and Yrsa Sigurðardóttir is one of the names among the top spots. Sigurðardóttir’s latest installment in the Freyja and Huldar series, The Fallout, was published just last month in December, yet managed to find its way to the No. 3 position on the bestseller list for all categories, and the No. 2 spot in the fiction category.

Jo Nesbø meanwhile comes in at No. 2 on the translated fiction list, appearing with the latest Harry Hole novel, Knife. At No. 3 on the same list is Liza Marklund’s Black Pearl Farm. The YA list sees Bobbie Peers grab the No. 7 spot with William Wenton and the Luridium Thief. 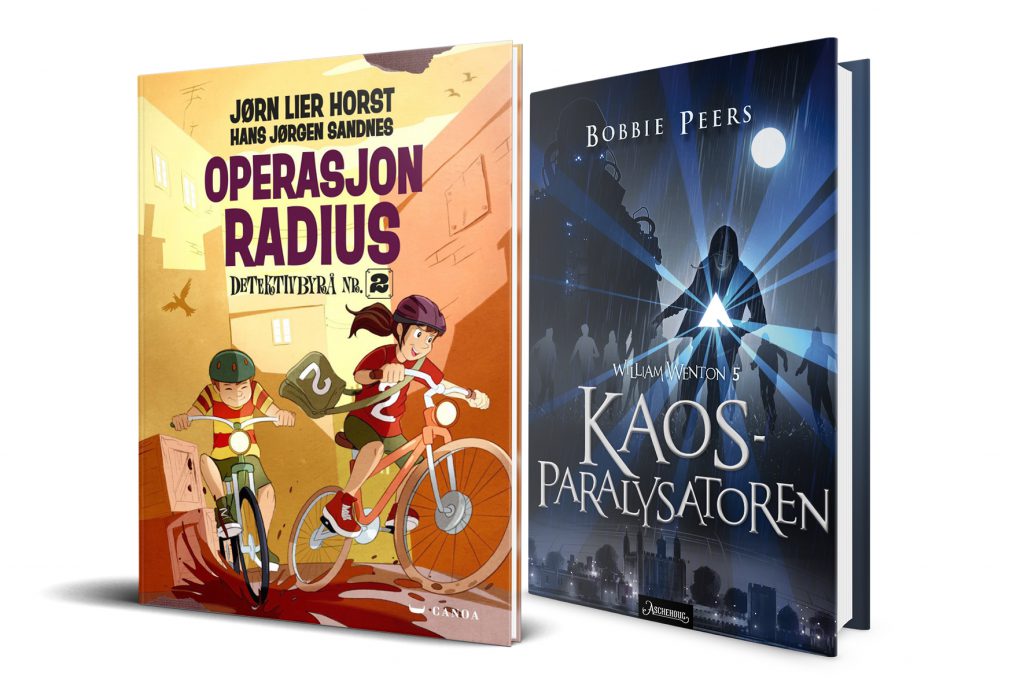 The October bestseller list for children’s fiction in Norway

The month of October saw several new releases in Norwegian children’s fiction, but the No. 1 spot on the official monthly bestseller list goes to Jørn Lier Horst & Hans Jørgen Sandnes’ latest title in the Detective Agency No. 2 series – Operation Radius. New on the list is also Bobbie Peers’ fifth William Wenton book, William Wenton and the Chaos Paralyzer, which comes in at No. 4. 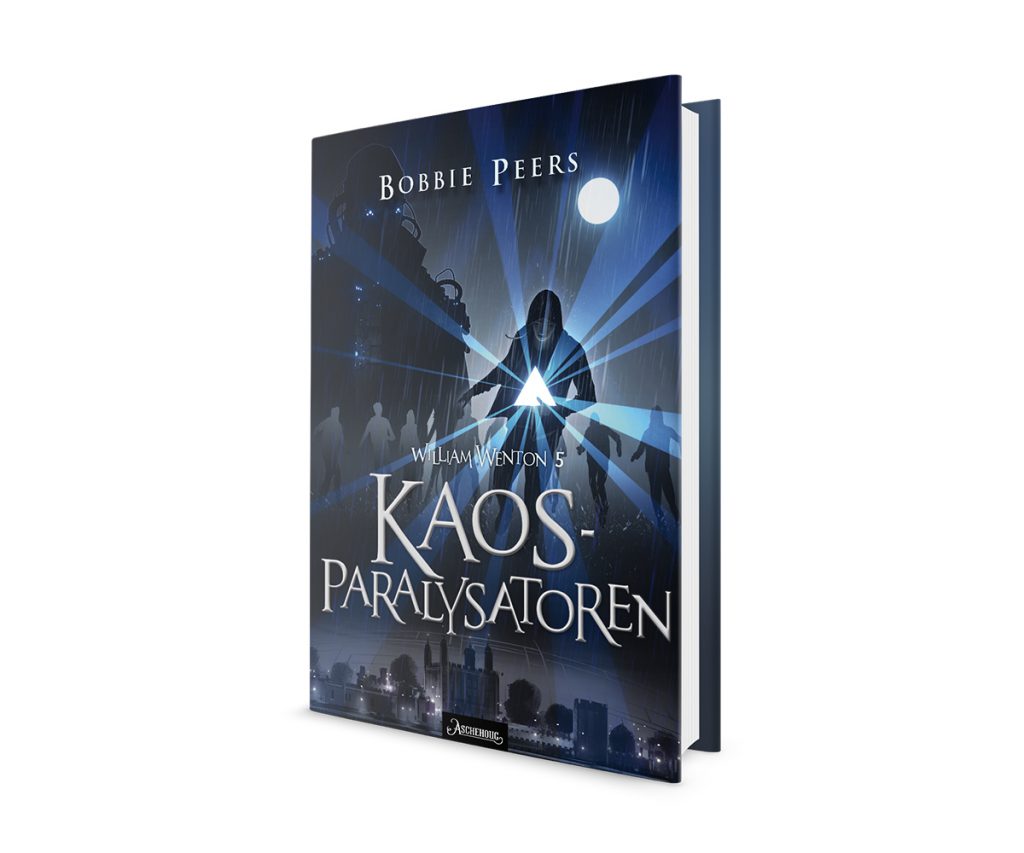 ‘William Wenton and the Chaos Paralyzer’ published in Norway

Something is amiss at the Center for Misinformation. The new guard-bots have taken over. William sees no recourse but to flee, bringing the code pyramid – the only thing that can stop Abraham Talley – with him. But London’s streets are full of perils, the guard-bots are close behind, and he can practically feel Abraham Talley breathing down his neck. William will need the help of old friends and new enemies in order to keep the pyramid safe. But will he succeed before it’s too late?

William Wenton and the Chaos Paralyzer is the fifth book in the William Wenton series. In this installment, old secrets will be revealed and friendships tested as the fight against the evil luridium grows ever fiercer.