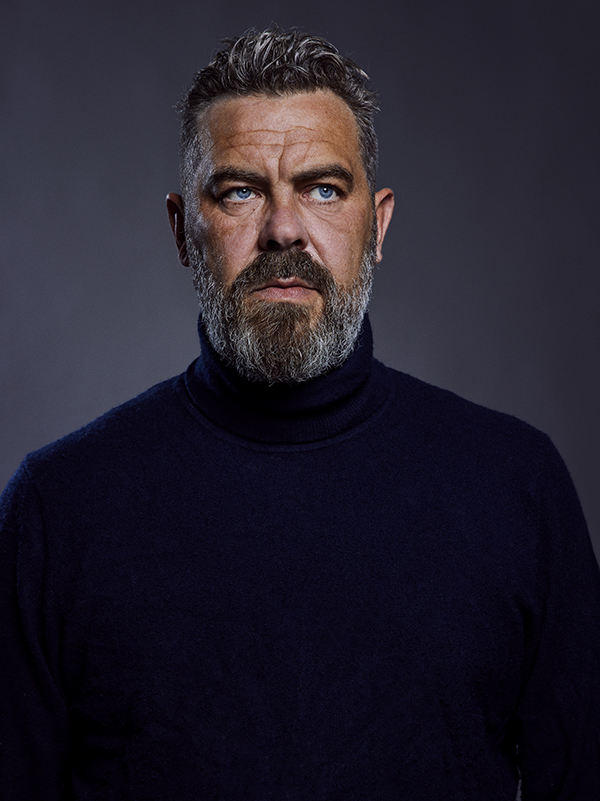 Kaspar Colling Nielsen (b. 1974) is celebrated as one of the most original voices of contemporary Danish fiction. With a style characterized by imaginative and tragicomic tales about life’s existential conditions and dilemmas he has made a mark on the Danish literary scene. Born and raised in Copenhagen, he made his literary debut in 2010 with the critically acclaimed Mount Copenhagen, for which he was awarded the Danske Bank First Book Award. Colling Nielsen’s second novel, The Danish Civil War 2018-2024, was published in 2013 to ecstatic reviews. It was shortlisted for the 2014 Readers’ Book Award (awarded by daily newspaper Berlingske and the National Library Association) as well as the 2013 Readers’ Book Award (awarded by the daily newspaper Politiken). Colling Nielsen has received the Holberg Medal and the Rune T. Kiddes Honorary Award for his authorship.

Alongside his writing, Colling Nielsen works as a lecturer at Copenhagen Business School and as a screenwriter for film and television. He holds a degree in Business Administration. Most recently, he has been appointed as a speechwriter for officials and executives in the Danish government. 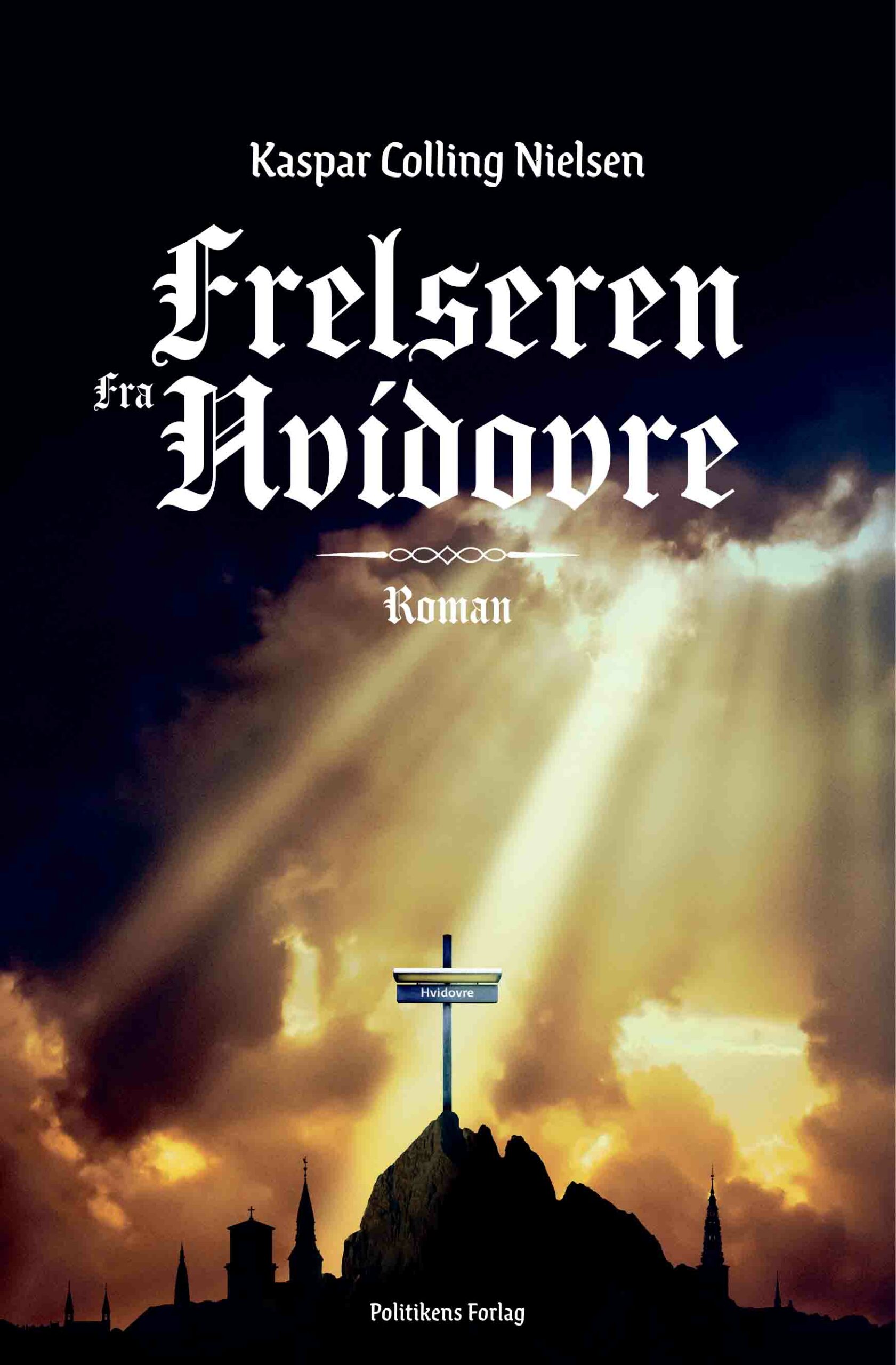 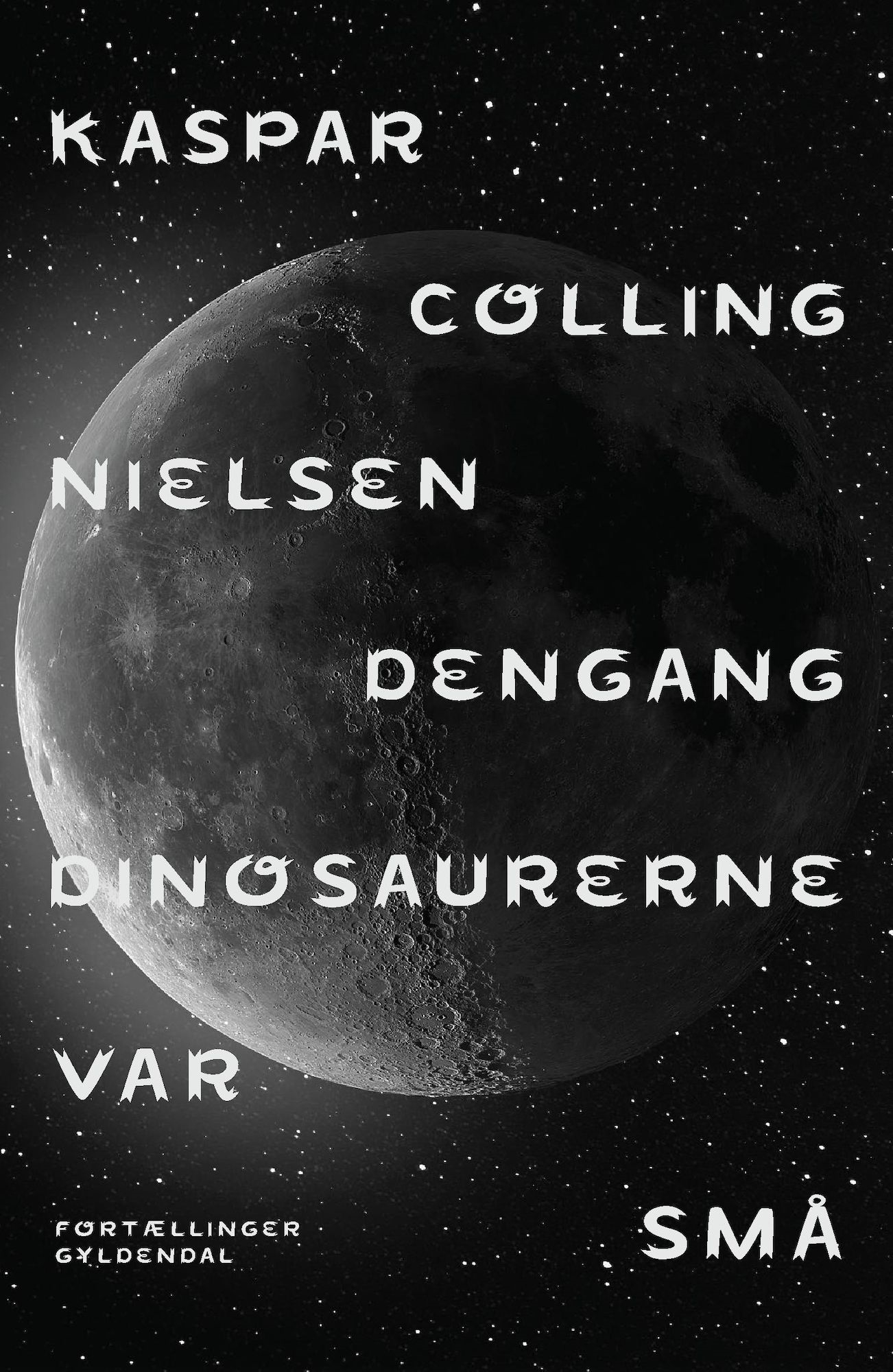 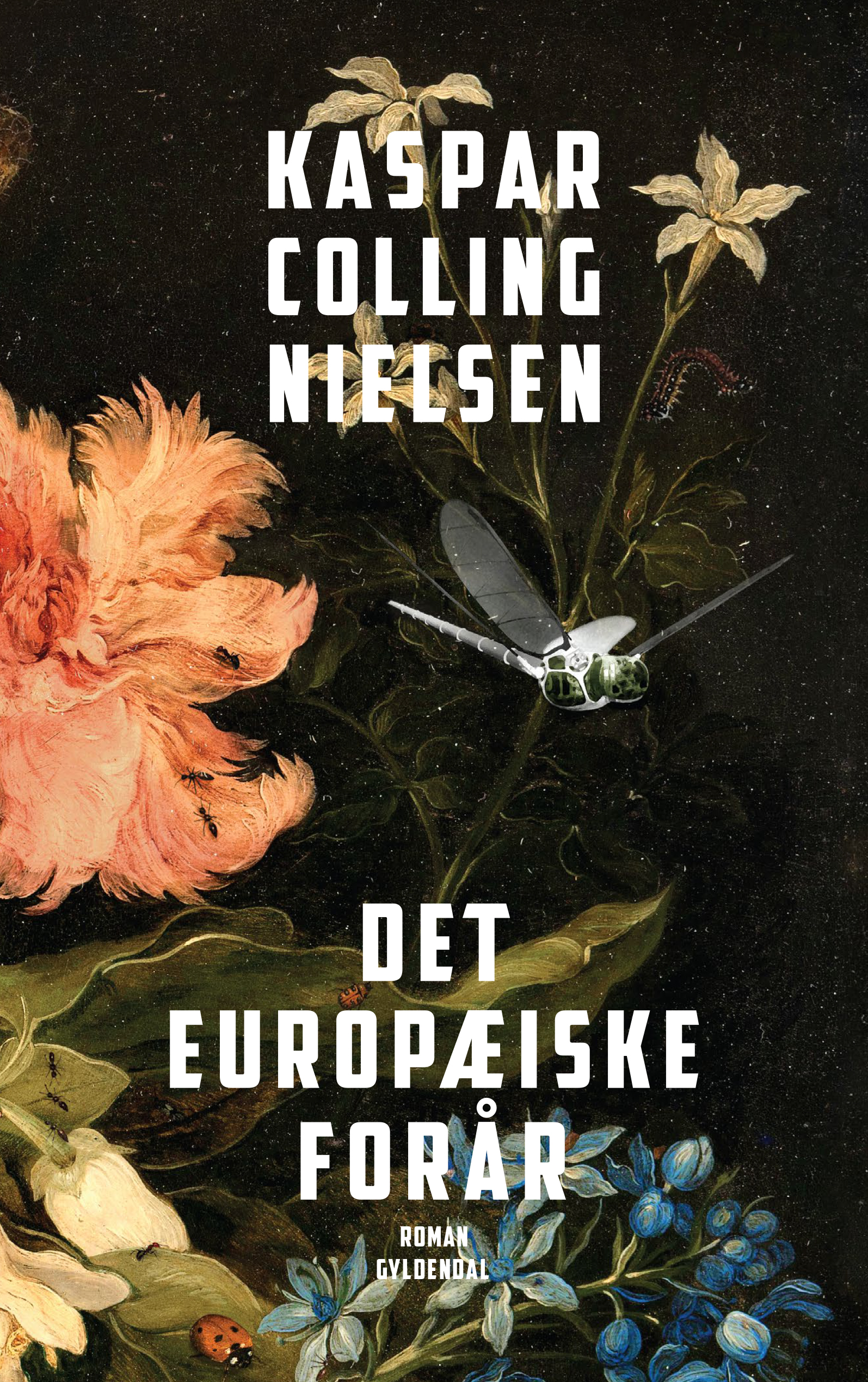 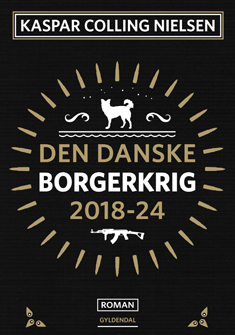 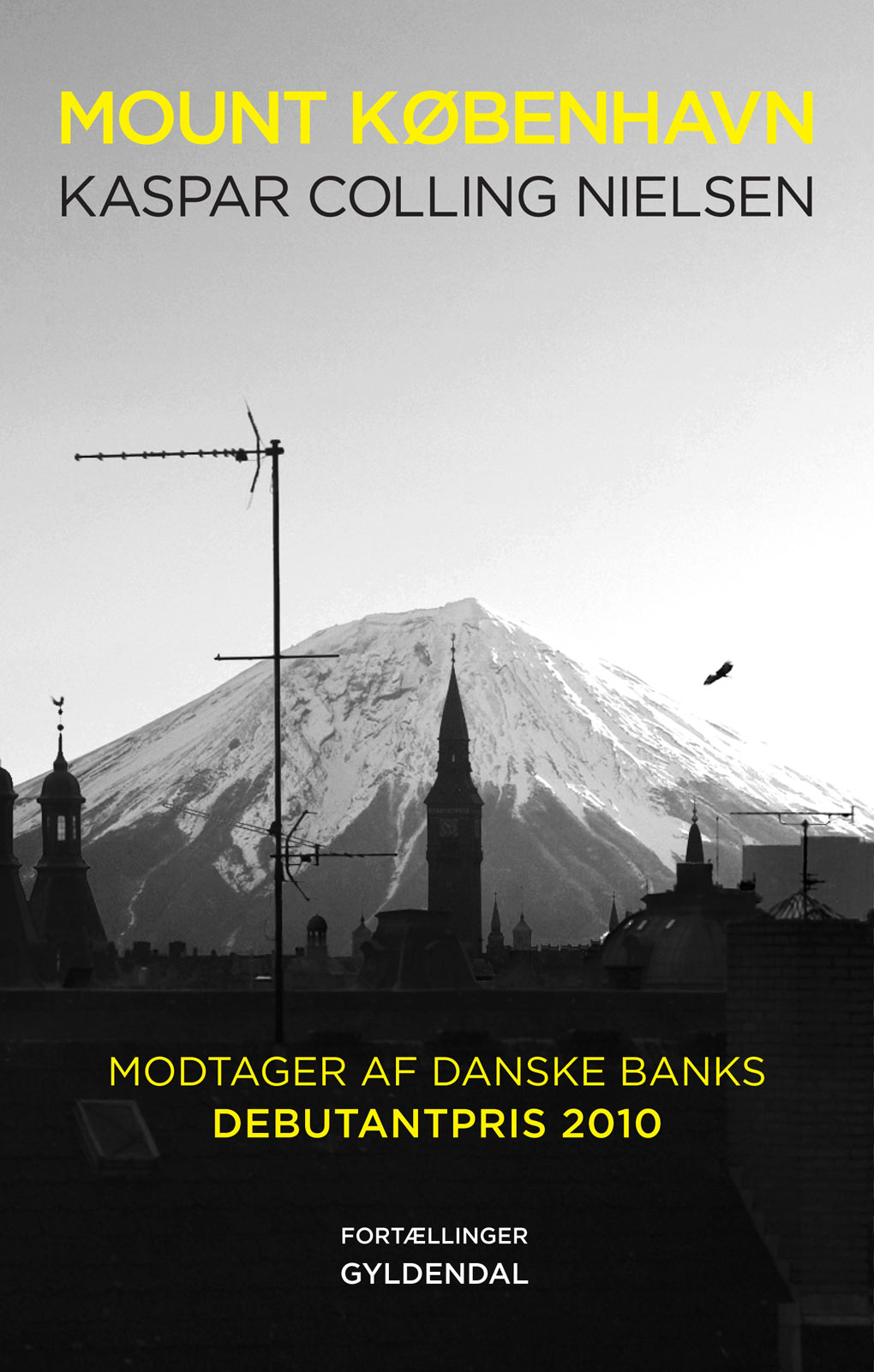 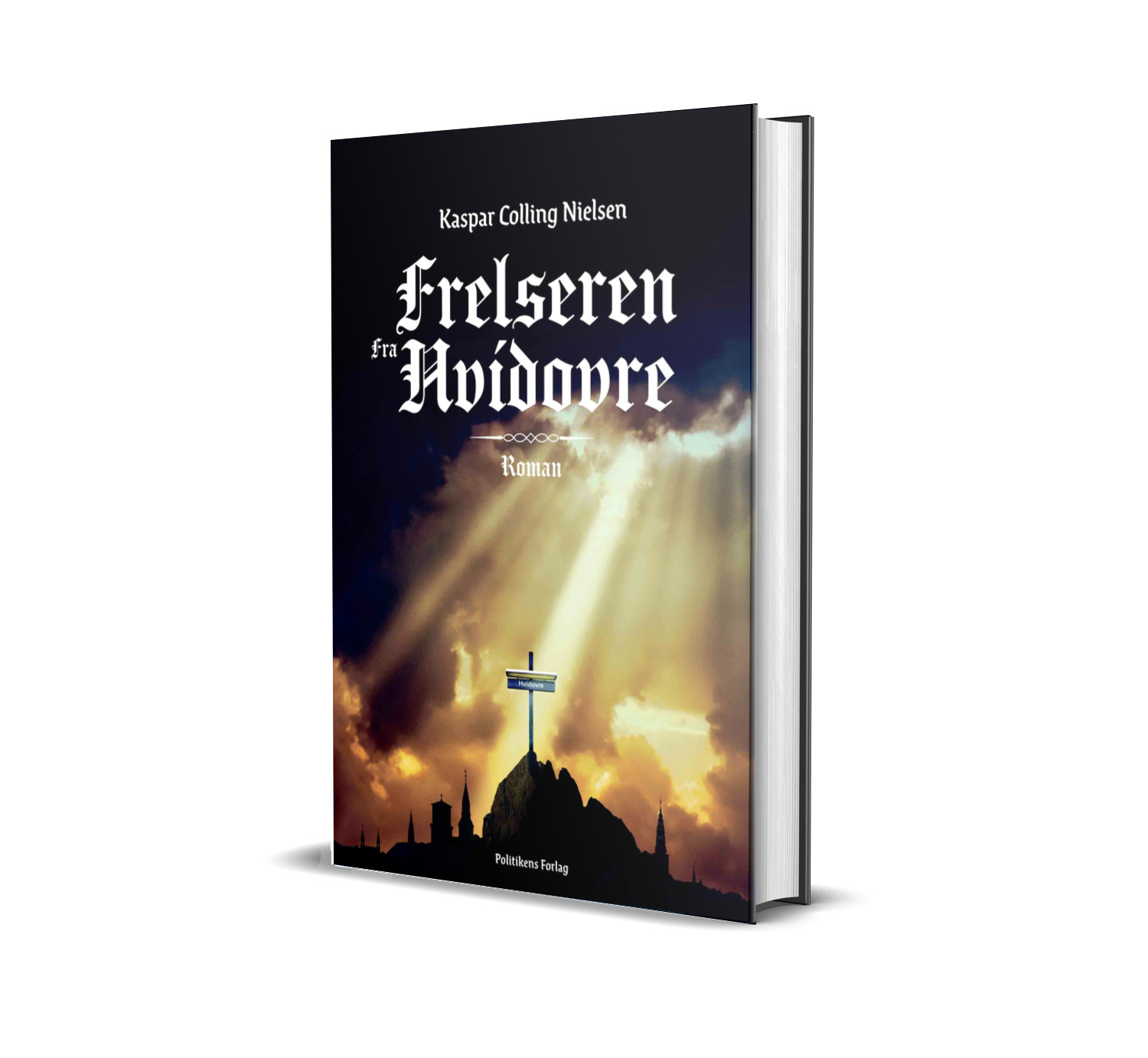 ‘The Saviour from Hvidovre’ published in Denmark

Europe is in a state of emergency. Financial crises, pandemics and climate change are raging, and just when it seems things can’t get any worse, Mount Vesuvius erupts. It’s the biggest volcanic eruption in thousands of years and as a result, a gigantic ash cloud envelops the continent in total darkness. People die on the streets from new, more aggressive forms of the corona virus, millions of birds fall dead to the ground, and on a central address in Copenhagen, a sourdough hotel has opened, where people can have their sourdough looked after while on holiday. The end is nigh.

In this crucial time for humanity, various independent analyses show that one man can save the world. Slightly bewilderingly, this man turns out to be the 48-year-old failed poet Allan Thornbum, who resides in a basement apartment in Hvidovre. Allan counts traffic for a living and spends his free time commenting on poems that he borrows from the library. One day, the very tall and broad-shouldered Social Democratic prime minister, Bianca Didriksen, knocks on his door and begs for his help. She explains that experts at the Ministry of Finance have calculated that if Allan writes a poem, just one poem, he can solve the entire world’s problems. The only thing is, Allan couldn’t care less.

The Savior from Hvidovre is a grotesquely biting social satire – a highly topical novel about a society which is no longer able to solve its problems. 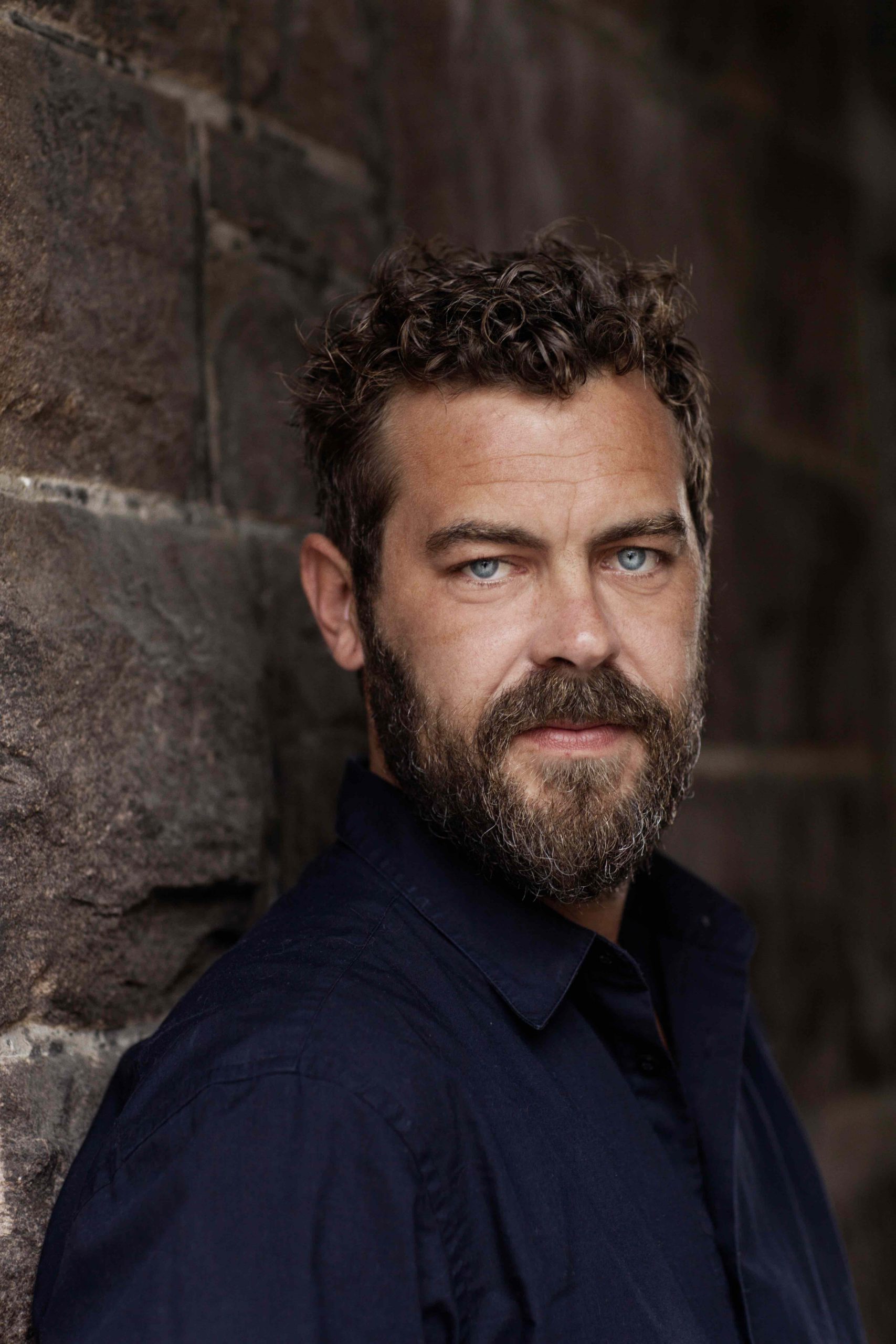 Kaspar Colling Nielsen’s latest work When the Dinosaurs Were Little has been shortlisted for the 2020 Readers’ Book Award in Denmark. The award was established in 2003 by the Danish Library Association and national daily newspaper Berlingske that together handpick the annual list of nominees. Previous winners of the award cannot be nominated again, and only books published during 2019 are eligible to be shortlisted.

Readers may cast their vote until April 12. The winner will be announced during an award ceremony on April 16. To vote, click the ‘Read more’ button below. 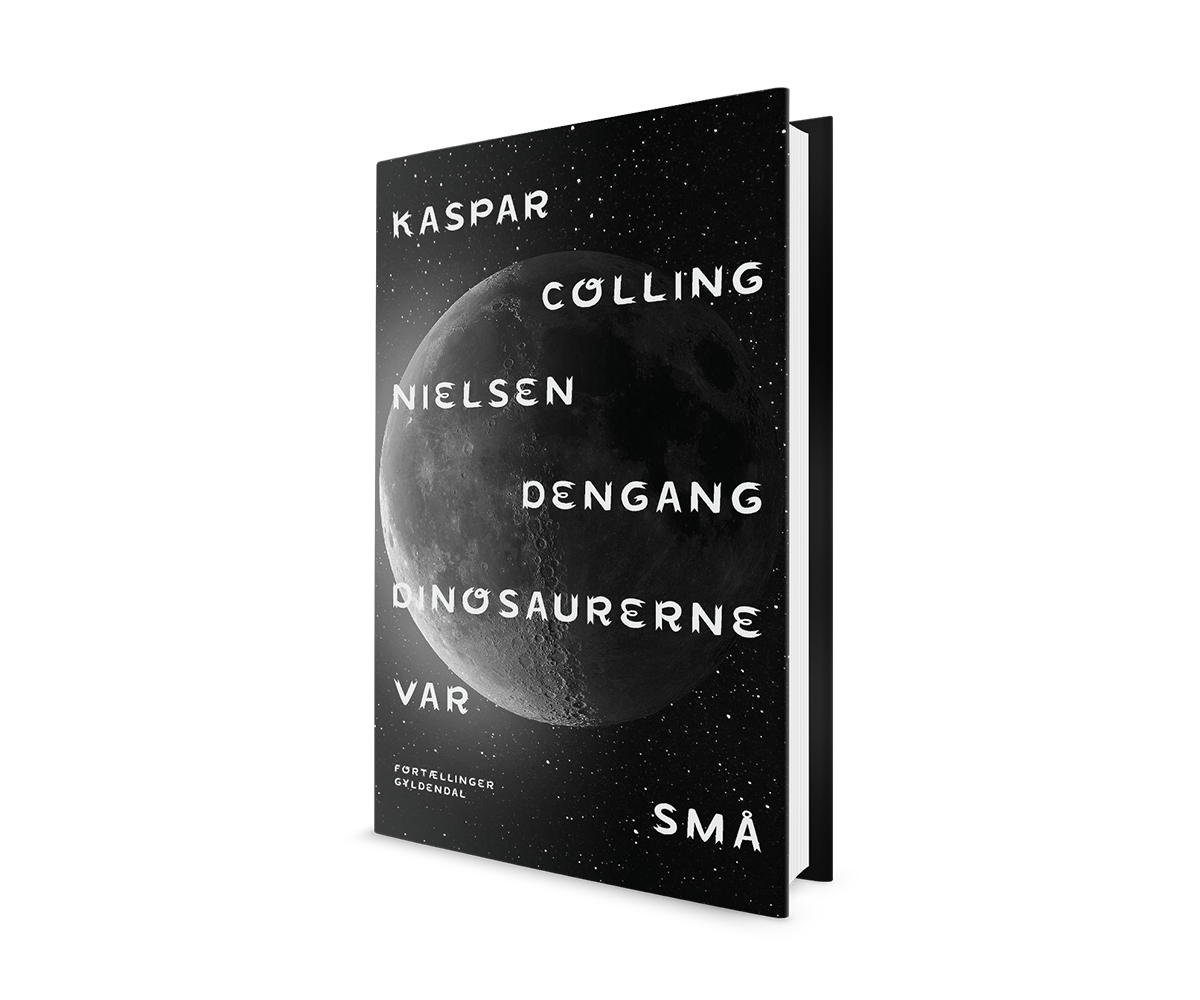 ‘When the Dinosaurs Were Little’ published in Denmark

In When the Dinosaurs Were Little, Kaspar Colling Nielsen returns to the narrative which made him a star on the literary sky. The universe in his stories is as multi-layered and transmutable as ever, giving the reader insight into a spectrum of topics stretching from that of the origins of dinosaurs, to the significance of surveillance drones on individuals.

In this collection of short stories, Colling Nielsen guides us through the history of the world – everything that we thought that we knew, and everything that we do not. For example: that a girl’s genitals can talk, eat cheese doodles, and turn pretty aggressive. Or, that a plumber might have good use of his experiences from a past life as a native American when repairing a locomotive. Or, that the instinct for violence can be ignited even in the most peaceful family father on a summer day. In these tales, there exist no limits for how an identity can be molded; all transformations are possible, and both heaven and hell are within reach. 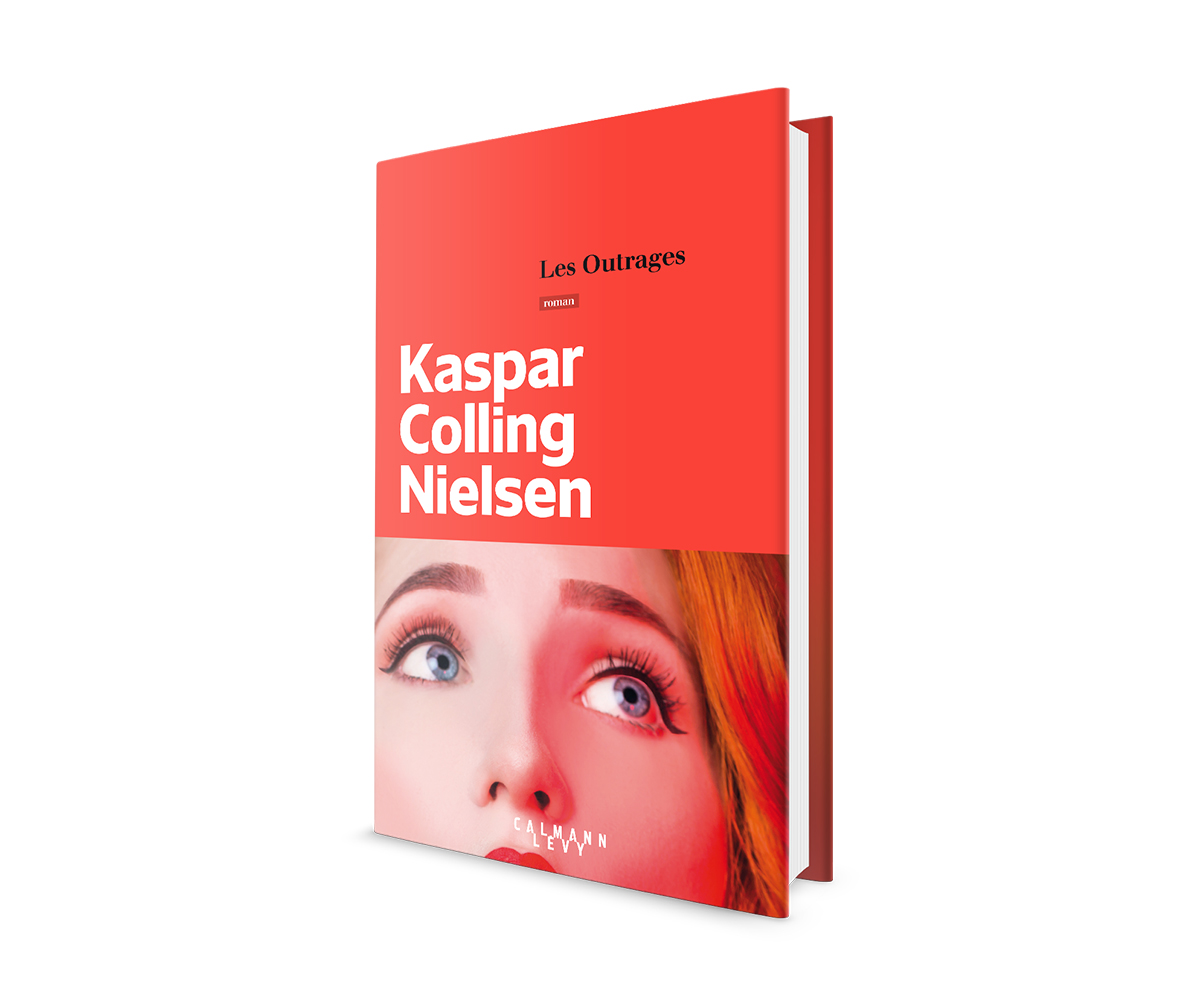 Kaspar Colling Nielsen’s The European Spring has been shortlisted for the French Prix du Livre Inter Award in the category ‘Best Foreign Literature’. The prize was established in 1975 at the initiative of the french author Paul-Louis Mignon and is handed out by France Inter, France’s biggest radio channel. The winners will be announced on Thursday January 10th. 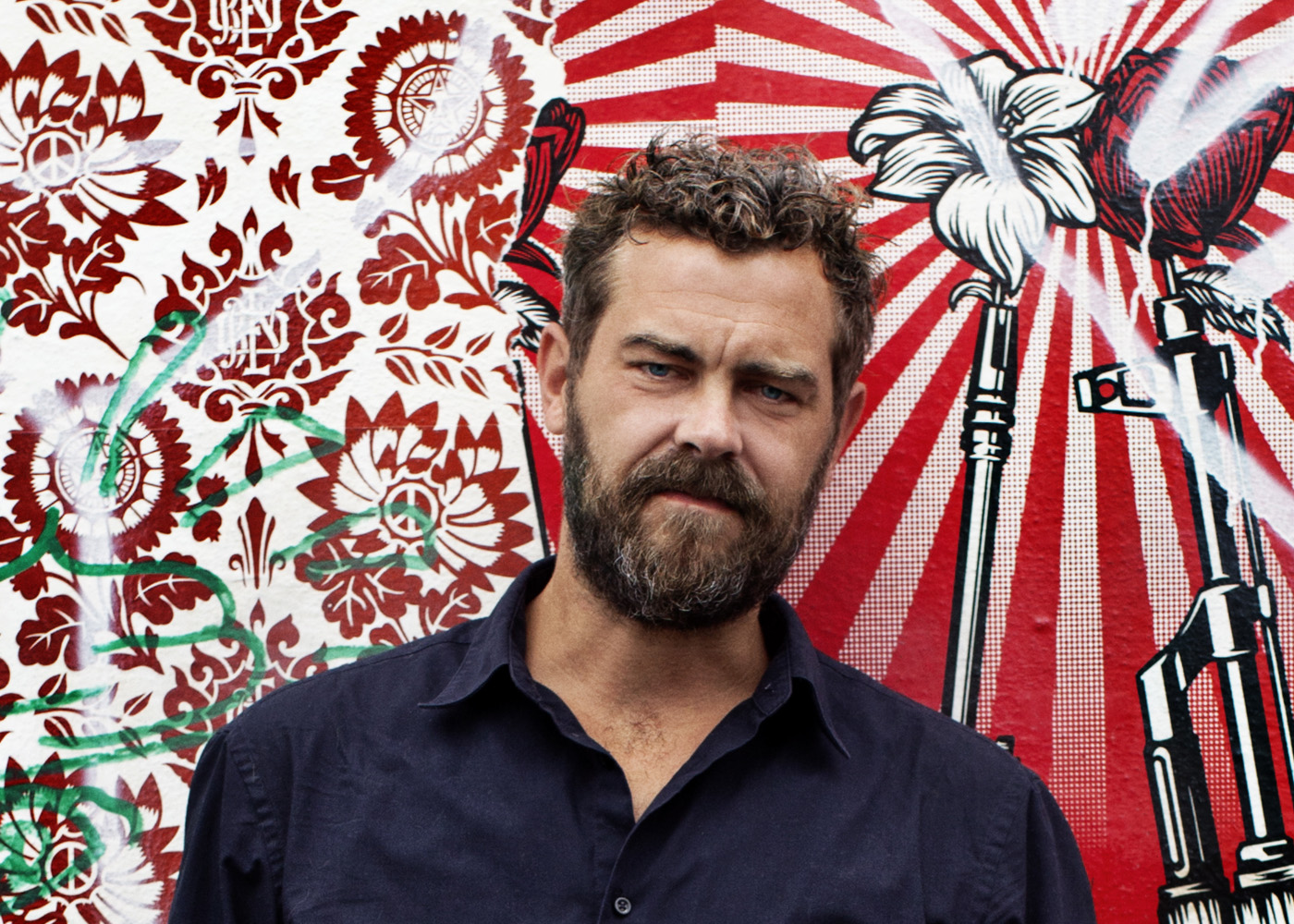 Kaspar Colling Nielsen receives the Holberg Medal 2017 for his authorship. The Holberg Medal is one of the most prestigious literary awards in Denmark. The award, named after the father of Danish literature, Ludvig Holberg, has been awarded to a specific title or a whole authorship annually since 1934. Among the previous recipients are Karen Blixen, Leif Panduro, Inger Christensen, Suzanne Brøgger and Carsten Jensen. 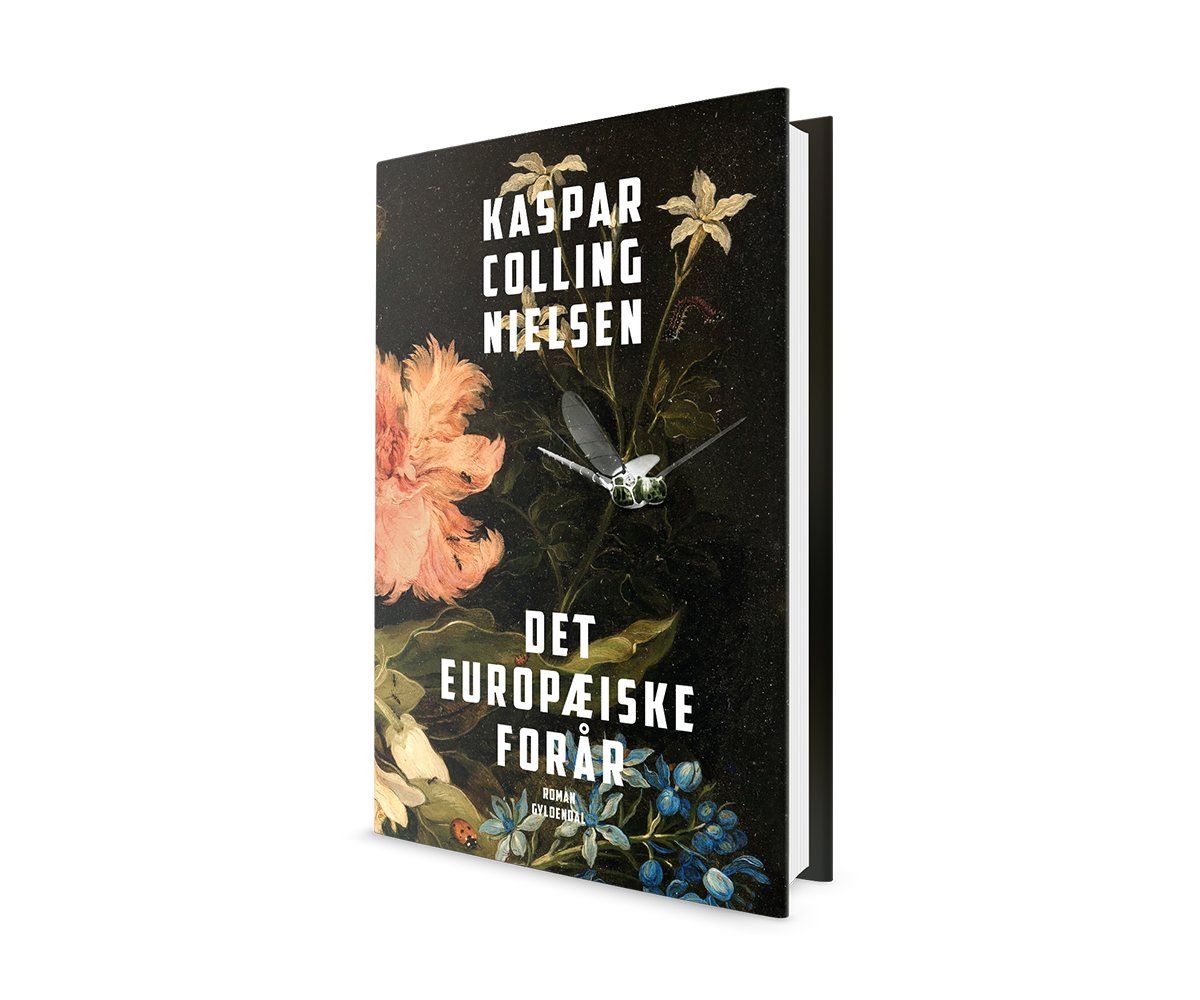 ‘The European Spring’ published in Denmark

On the Danish island of Lolland, a group of internationally renowned scientists and entrepreneurs found a new community for the affluent, aiming to combine the most idyllic and attractive elements of the old world with the latest in technology. To this drone-patrolled countryside paradise moves gallery owner Stig, his wife, the brain scientist Elisabeth, their idealistic daughter, Emma, and the painter Christian.

Elisabeth is headhunted by the research team on the island when they hear of her previous successes with animal experiments, but grows increasingly alarmed as she develops a bond with the novel-writing ape Felix.

After a series of terror attacks in Copenhagen, thousands of Muslim refugees are deported from Denmark to Africa, and the anorectic Emma becomes a central figure in the creation of a parallel society among the old Danish shipping containers left in Mozambique.

The artist Christian paints disintegrating humans that fuse with nature, fetching inspiration from his contact with the much younger Mia.

A violent accident gives the disillusioned gallery owner Stig the chance to deliver an art piece that to his way of thinking could set a new standard for the impact art can have on a society. But the piece will demand sacrifices.

The European Spring is a grotesque and provocative story about freedom, equality and community set in a near future that is all at once unthinkable, alarming and attractive. 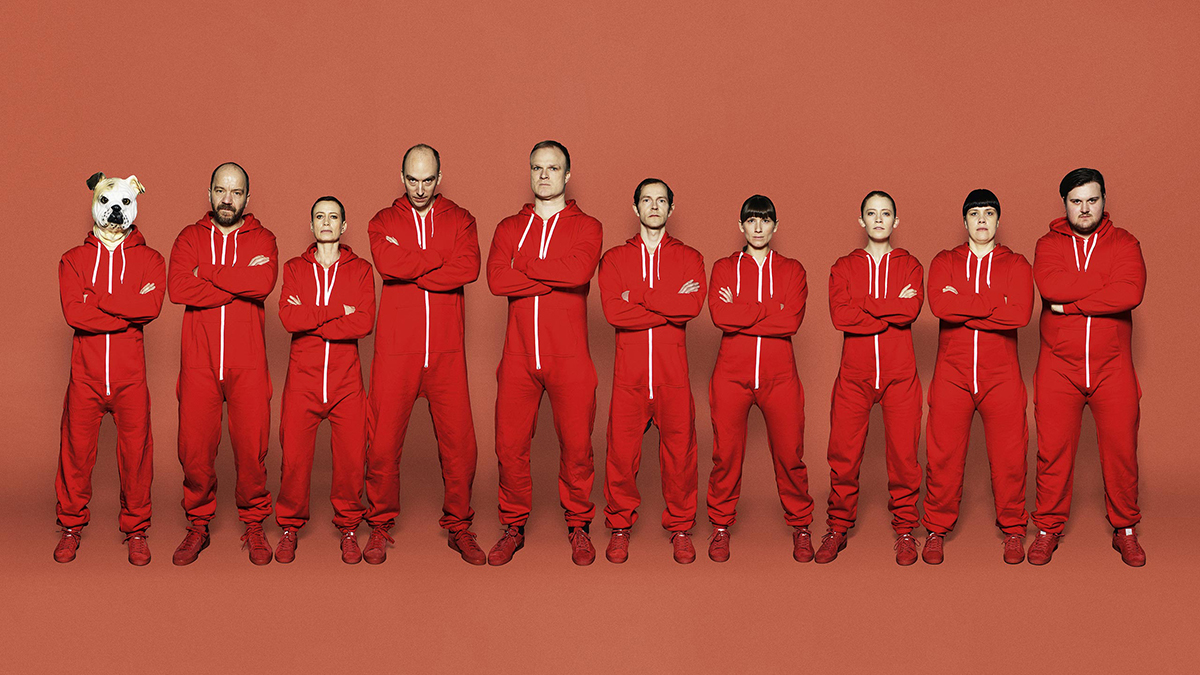 The theatrical adaptation of Kaspar Colling Nielsen’s The Danish Civil War 2018-2024 is all set for its world premiere this September. An imaginative contemporary comedy about what can happen when democracy crumbles and humanity loses its faith in love and fellowship, the adaptation of Colling Nielsen’s bestselling title will play at Copenhagen’s Nørrebro Teater between September 10th and October 22nd.