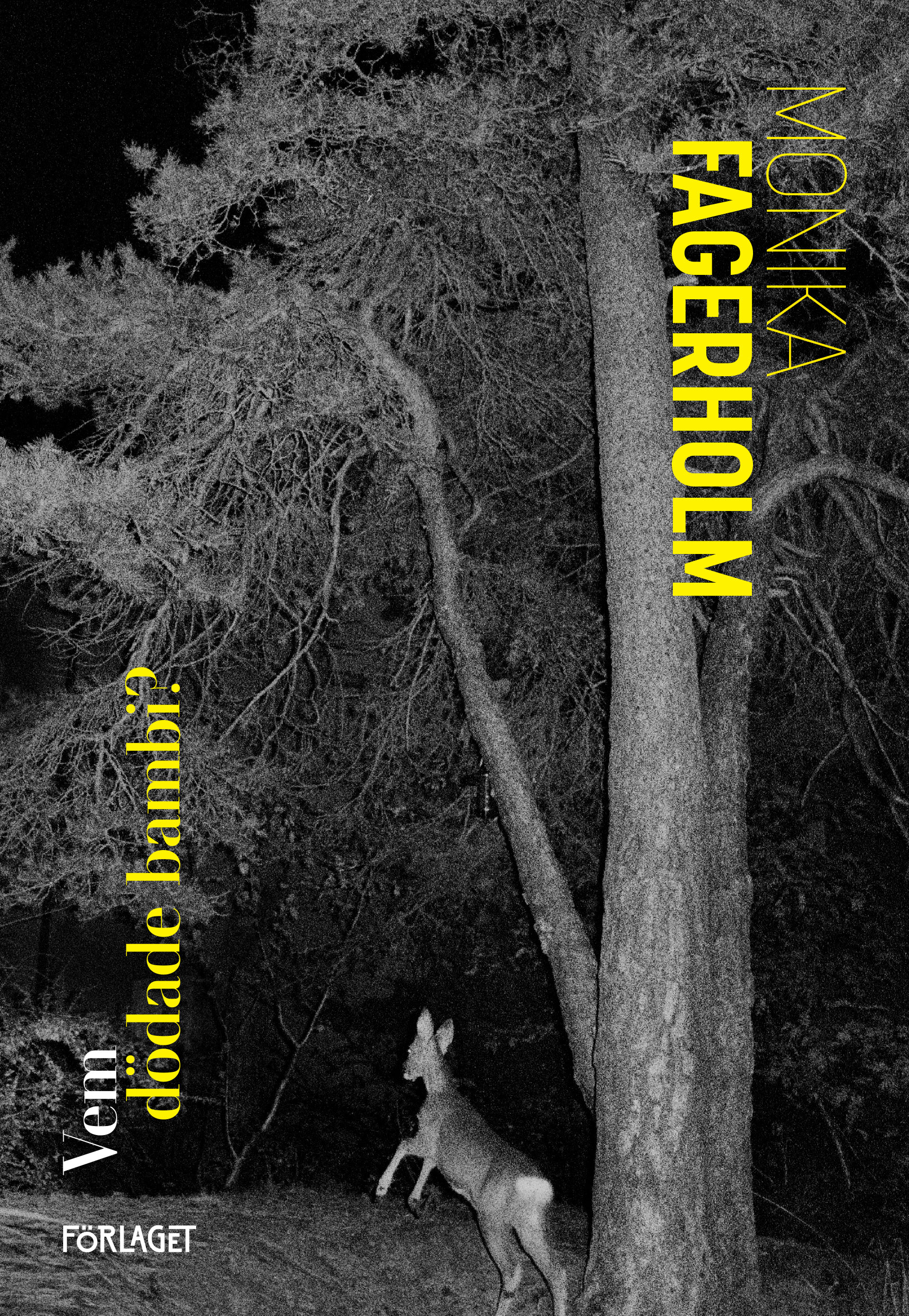 Saga-Lill and Emmy have known each other since childhood but are at vastly different places in their lives: Emmy is a young mother and married to Mats, an older investment consultant. Saga-Lill is a former theology student who has lost her footing. Then there is Gusten Gripe, their friend who grew up in the polished suburb that the greater part of the story takes place in. But beneath the surface, the suburb is hiding an old wound: a brutal gang rape that took place in the house by the lake, the “Crow’s Ship.” Once the home of the affluent Häggert family, it now only houses the remaining son Nathan.

The violent incident is a thing of the past. The four perpetrators, “the boys,” were all sons of the community. But suddenly Cosmo Brant, the entrepreneur, returns to the area to make a film about the crime. He wants to call it “Who Killed Bambi?”.

Monika Fagerholm is finally back with Who Killed Bambi?, a novel about female friendship and rivalry, boys at the mercy of each other, and families breaking apart. About careless living, and the death of innocence.

“To immerse oneself in Fagerholm’s literary universe is a magnificent experience. With her musical and enticing prose the author skillfully weaves an unforgettable tale about a community, a crime and a devastating silence. Who Killed Bambi? is a powerful novel that strikes a deep chord.”
–Stina Jackson