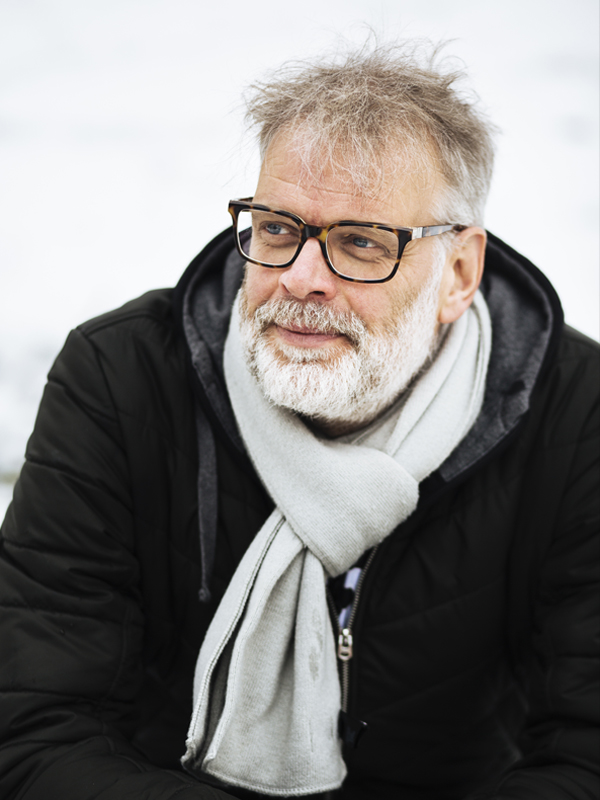 Hans Rosenfeldt is the creator of the incredibly successful and award-winning Scandinavian TV-series The Bridge (2011-2018). The show has aired in more than 170 countries and also been successfully remade into a US version, The Bridge (2013-2014), as well as a British/French version, The Tunnel (2013).

During his twenty-plus years in the industry, Rosenfeldt has written, created and worked on a large variety of television and drama productions, such as Wallander (2009), Sebastian Bergman (2010) and The Sandhamn Murders (2012). His most recent work includes creating and writing the Netflix original hit series, Marcella (2016-2021).

In addition to being one of Scandinavia’s leading screenwriters, Rosenfeldt has also found success as an author. Together with Michael Hjorth, he makes up the celebrated Swedish crime writing duo Hjorth & Rosenfeldt. As the authors behind the internationally bestselling series about psychological profiler Sebastian Bergman, their books have sold 5 million copies in over 30 territories worldwide.

In September 2020, Rosenfeldt published his first novel under his own name. Already sold to 26 territories, Cry Wolf is the beginning of a new series – The Haparanda Series – that promises to be yet another milestone in Scandinavian crime fiction. Cry Wolf is also to be made into a TV4 and C More series, and Rosenfeldt will pen the script for the small-screen adaptation together with Camilla Ahlgren.

Rosenfeldt is set to adapt Astrid Lindgren’s world-famous story Ronja the Robber’s Daughter into a major Viaplay original family fantasy series. The anticipated series will premiere from 2023 with 12 episodes across two seasons. 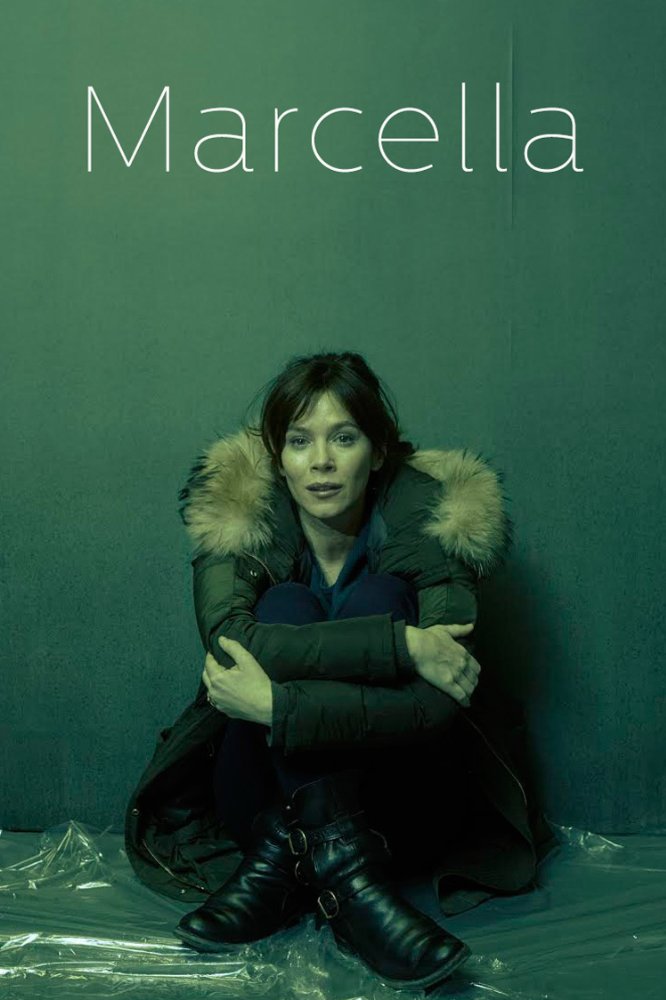 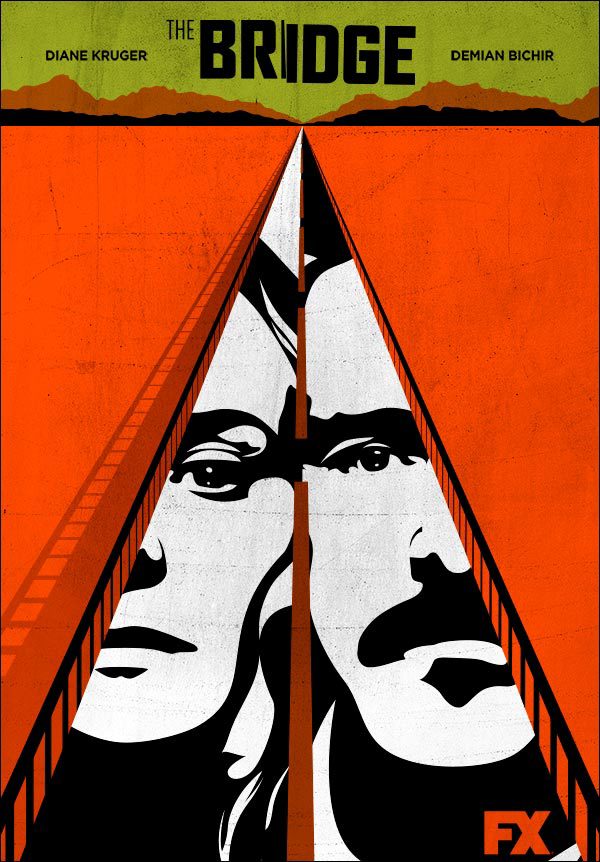 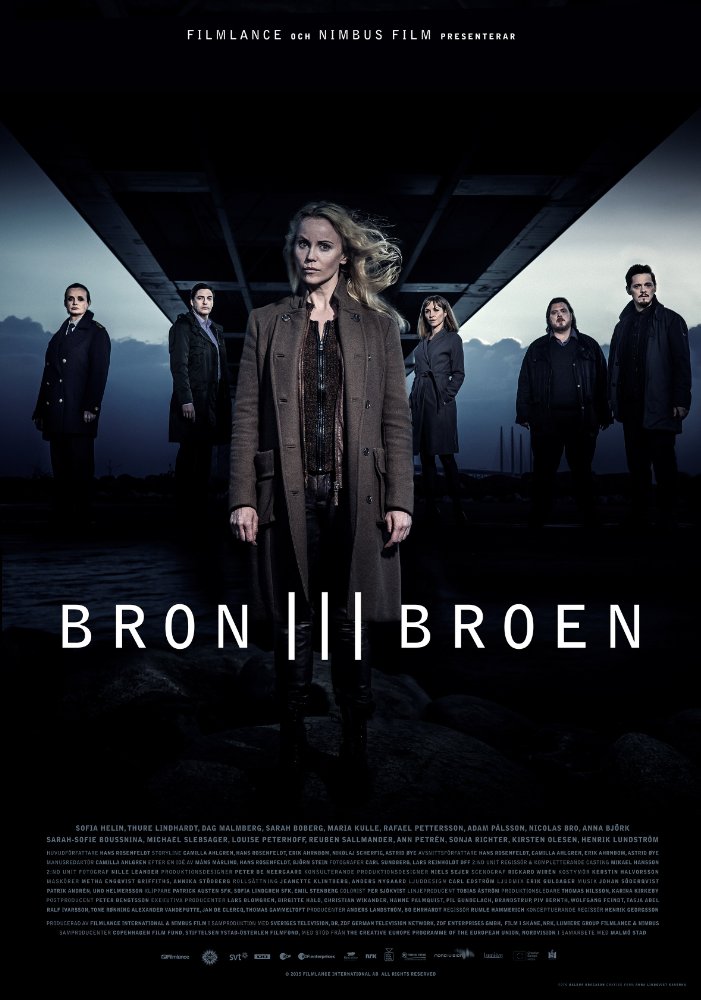 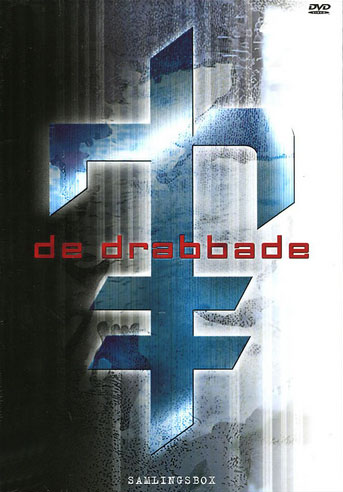 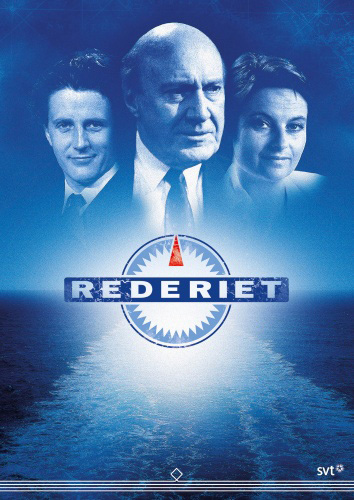 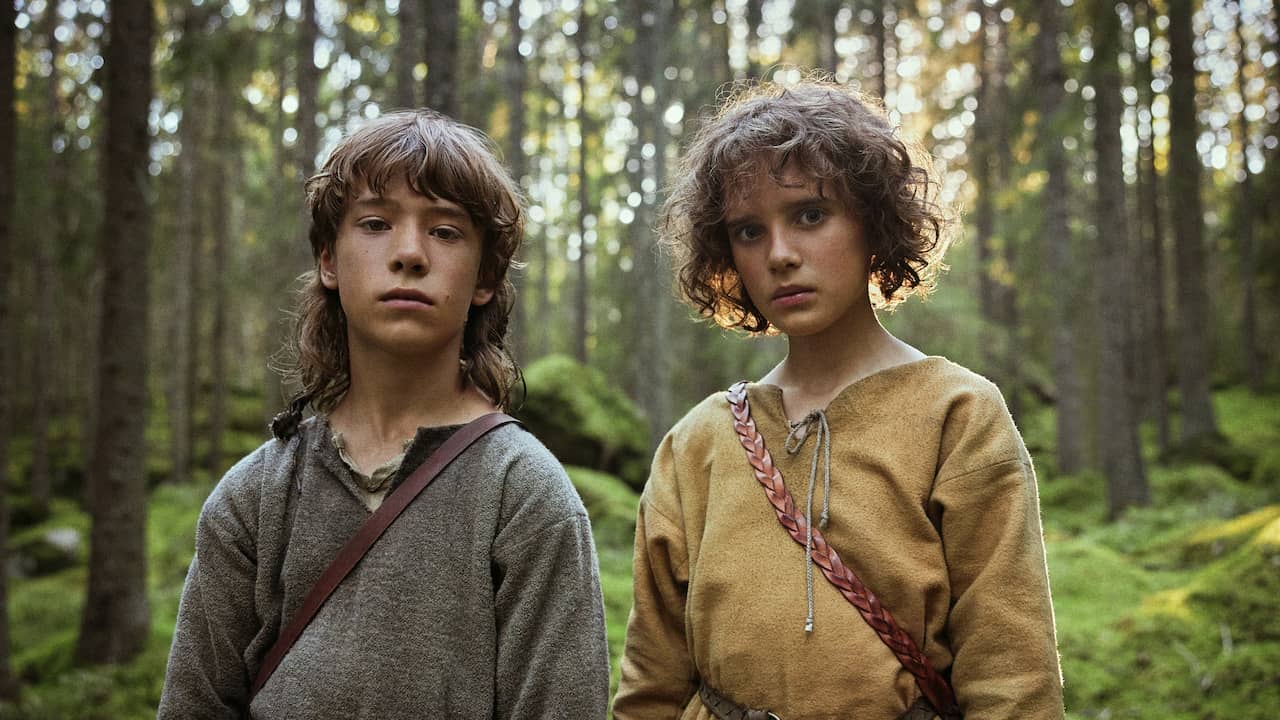 Filming has begun on Ronja the Robber’s Daughter, the classic Astrid Lindgren adventure about a strong and independent girl which took the world by storm when it was published 40 years ago.

Kerstin Linden has signed up for the lead role as Ronja, joined by Jack Bergenholtz Henriksson, who plays the role of Ronja’s friend, Birk Borkason. The parents of the two robber families are played by Christopher Wagelin as Mattis, Krista Kosonen playing Lovis, and in rival dynasty, Sverrir Gudnason plays Borka, and Maria Nohra as Undis.

Ronja the Robber’s Daughter is penned by the renowned writer Hans Rosenfeldt, and the first season is directed by Lisa James Larsson.

The series will premiere in 2023 on Viaplay. 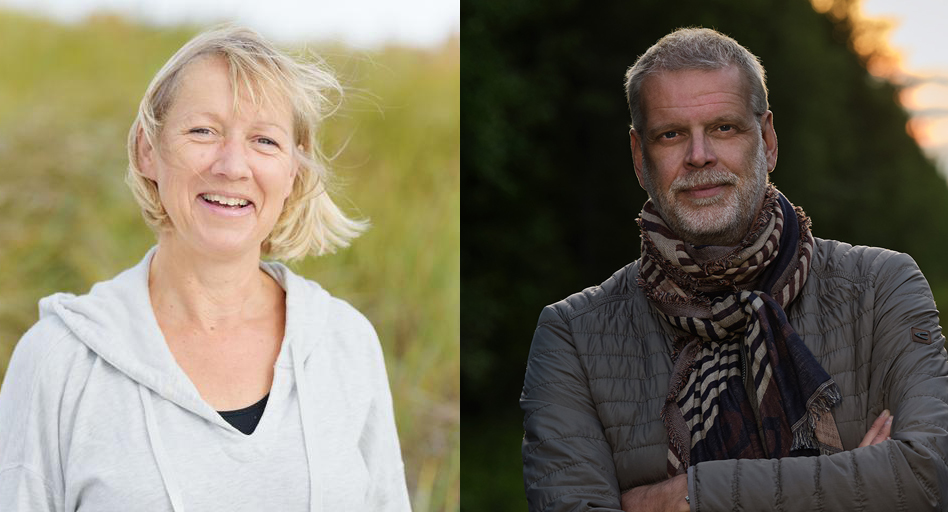 Hans Rosenfeldt to adapt his own hit novel ‘Cry Wolf’

Hans Rosenfeldt’s acclaimed first solo novel, Cry Wolf, will be adapted for the small-screen and it is now official that Rosenfeldt will also pen the script for the anticipated series. He has teamed up with co-writer Camilla Ahlgren for the project and this marks the first time the pair has worked together since the mega-hit show The Bridge.

Cry Wolf follows the crime investigations undertaken by Hannah Wester, a middle-aged policewoman in the Swedish remote northern town of Haparanda, on the border with Finland. When human remains are found in the stomach of a dead wolf, Wester knows that this summer will be unlike any other. The remains are soon linked to a bloody drug deal across the border in Finland. But how did the victim end up in the forest outside of Haparanda? And where have the drugs and the money gone?

Cry Wolf will be produced by Nordic Drama Queens for C More and TV4. The series is slated to begin filming in 2023. 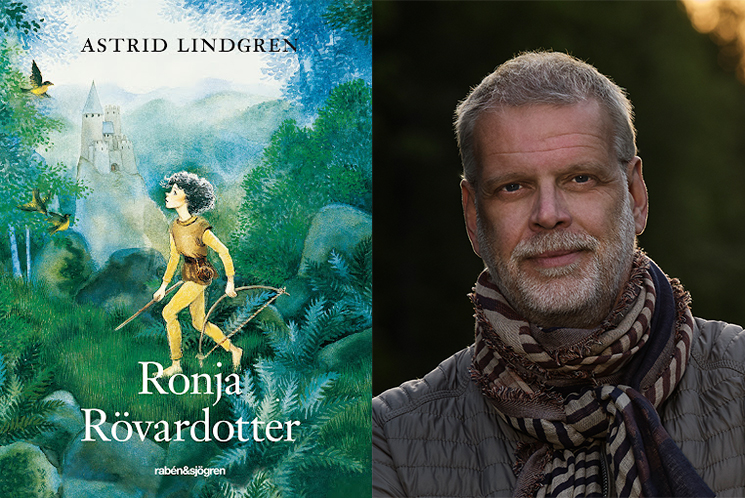 Ronja the Robber’s Daughter is one of the best-known books by Astrid Lindgren, who is among the world’s most translated and best-selling authors with more than 75 books published. Her work has been translated into over 100 languages and sold more than 165 million copies, and has been adapted for more than 70 feature films and TV productions.

Filippa Wallestam, NENT Group Chief Content Officer says:
“Ronja’s confidence and complexity make her one of my all-time favourite characters. This classic story of a strong and independent girl was always far ahead of its time, and its themes of friendship, closeness to nature and questioning one’s assumptions are so relevant today. It is a privilege to work with such a top-class creative team to bring Ronja to Viaplay viewers around the world, and this project shows just how quickly our ambitions are growing. For a Nordic storyteller like NENT Group, adapting an Astrid Lindgren work is as big as it gets.”

The series will premiere from 2023 with 12 episodes across two seasons.

Hans Rosenfeldt has found his new project – adapting CJ Tudor’s bestselling novel The Burning Girls into a TV series. Rosenfeldt will work with Marcella producer Buccaneer Media to adapt the book, who follows Reverend Jack Brooks and her daughter as they make a fresh start in Chapel Croft, but soon the close-knit community’s dark history begins to reveal itself.

Buccaneer co-CEO Wood says: “The Burning Girls is a terrific story; it’s very easy to see how CJ Tudor has risen to the top of the charts in pretty short order. Her ability to tell a truly gripping story is exceptional.”

Rosenfeldt adds: “I’ve been longing to get back to London and to work with Buccaneer again and when Tony sent me a copy of The Burning Girls I thought ‘Yes, this is what we should do!’ I loved the book, its characters, the setting, the horror elements and the many twists and surprises.” 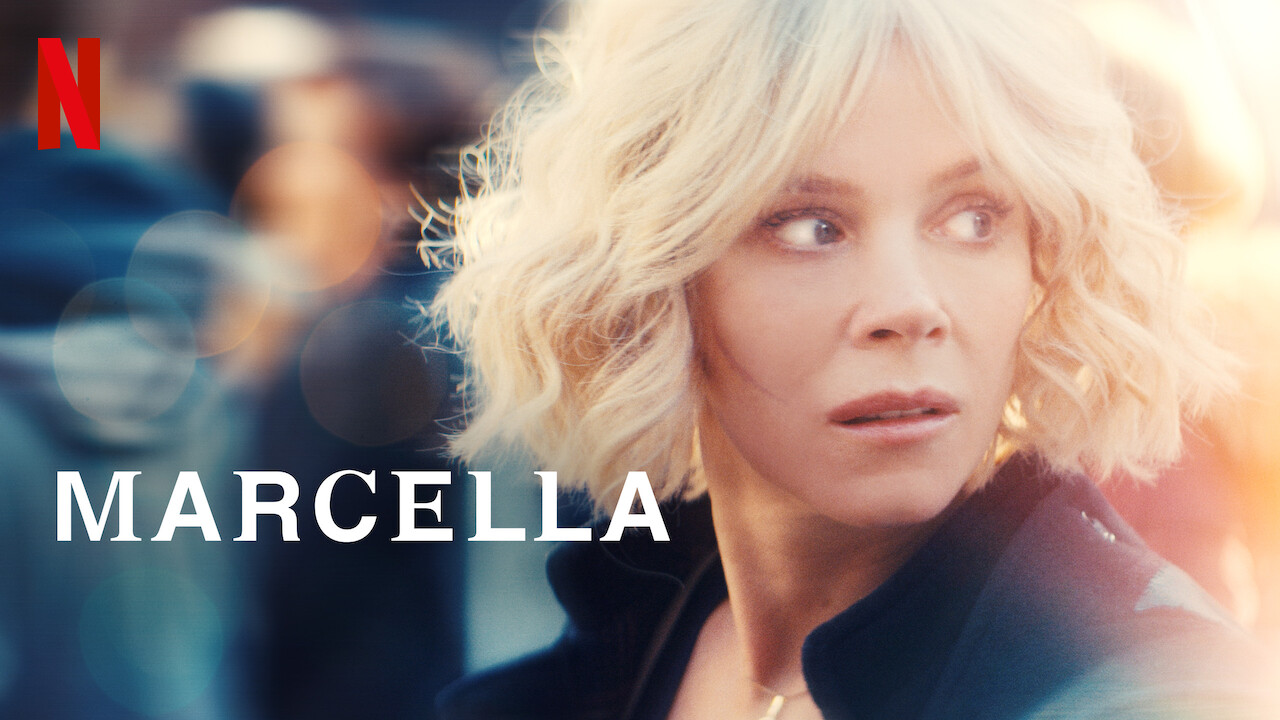 The French broadcaster TF1 has ordered a local adaptation of the lauded UK crime drama Marcella. The remake, produced by Elephant, will be titled Rebecca and star Anne Marivin as the titular detective, who returns to work six years after abandoning the hunt for a serial killer and quitting the police force.

The highly successful original show, Marcella, was created by Hans Rosenfeldt and recently released its third season on Netflix.

The crime drama Marcella has been lauded for its gripping narrative, multi-layered characters, engrossing subplots, and shocking twists. Created by Swedish screenwriter Hans Rosenfeldt, the show has generated two successful seasons and is now back on Netflix with season 3.

The series stars Anna Friel as Marcella, a police detective who suffers violent blackouts as a result of her dissociative identity disorder, but that doesn’t stop her from going up against some truly twisted killers. Season three will see Marcella operating in Belfast as an undercover detective. She has taken on a new identity, under the name of Keira, and has managed to infiltrate the infamous Maguire crime family. As Marcella investigates their activities, questions are raised about how much of her old self she has left behind. Will her past come back to haunt her once again?

‘The Bridge,’ ‘Real Humans’ and ‘SKAM’ among the 10 most influential international TV shows of the 2010s

Deadline Hollywood has listed the 10 most influential international TV shows of the last decade, and on this exclusive list you will find Hans Rosenfeldt’s The Bridge, Lars Lundström’s Real Humans, and Julie Andem’s SKAM. 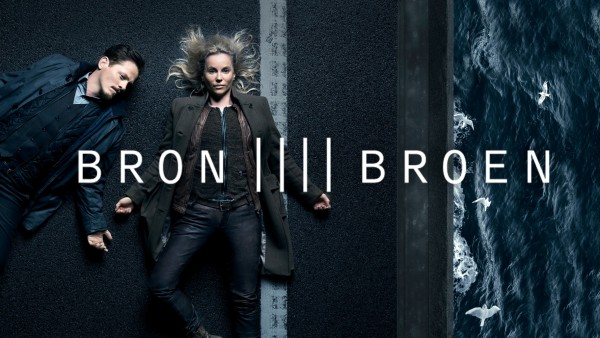 ‘The Bridge’ lauded in The New York Times

Hans Rosenfeldt’s Swedish-Danish crime TV series The Bridge has not only gained great success in Scandinavia, but become hugely popular around the globe and received several awards.

The latest in the line of tributes is one from The New York Times. The newspaper listed The Bridge as the second best foreign series of the year and describes the fourth season as “complicated,” “spine-tingling,” and “occasionally quite funny.” 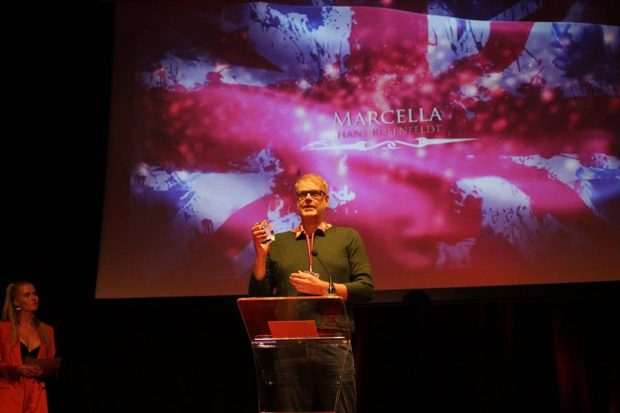 Hans Rosenfeldt winner of the Best Crime Writing on Television

We are delighted to announce that Hans Rosenfeldt is the winner of the Best Crime Writing on Television Award at the British Screenwriters’ Award 2018, for Marcella.

The grim murder mystery drama set in London has captivated fans, received rave reviews and sent social media into a frenzy. Marcella fans are now holding their breath waiting to see if there will be a season 3 of the hugely successful series.

Among the winners from the other categories we find David Nicholls and Edwards St. Aubyn for Patrick Melrose and Charlie Covell for End of the Fucking world. 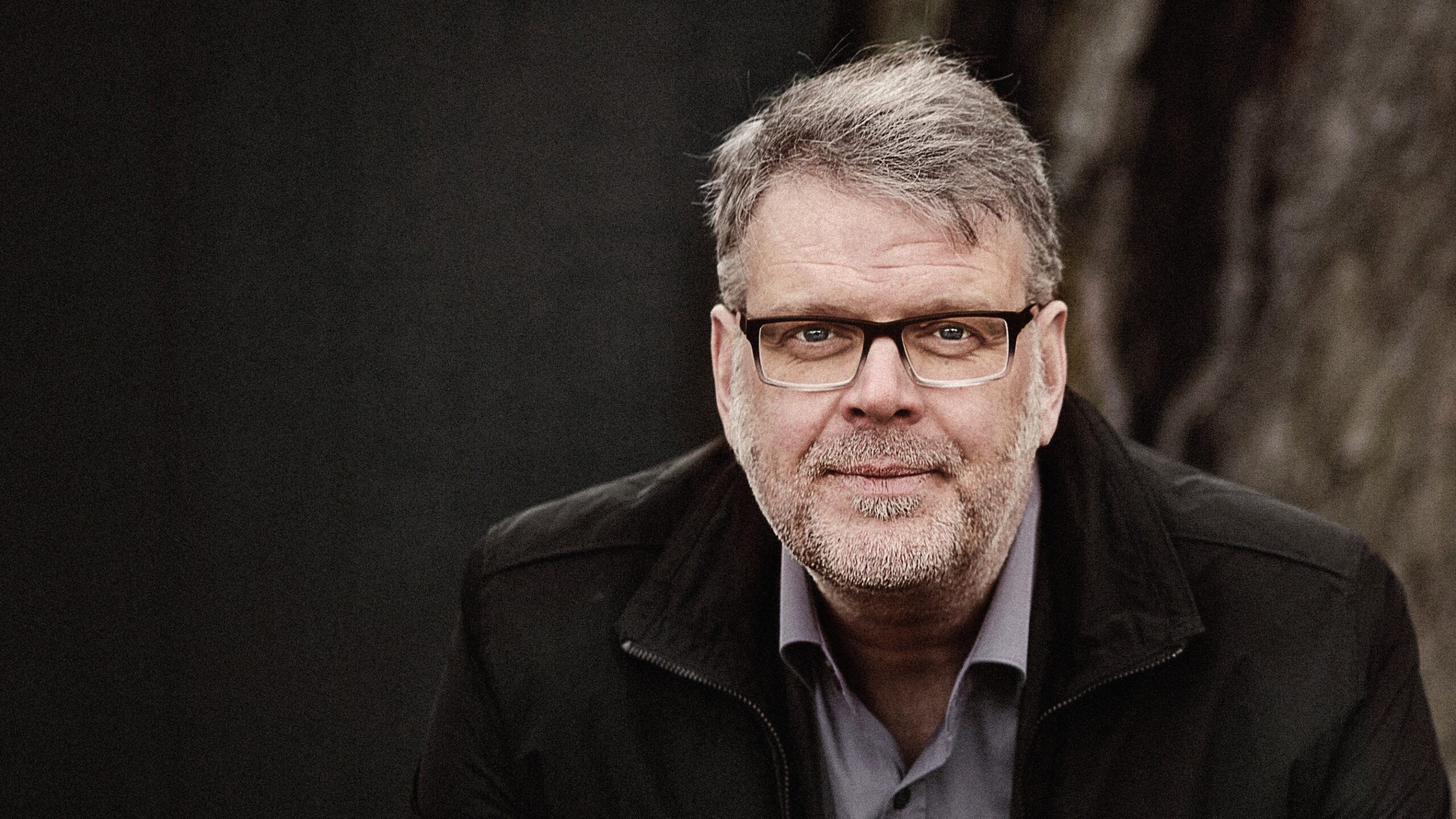 Hans Rosenfeldt nominated for the Best Crime Writing on Television

Hans Rosenfeldt has been nominated for the Best Crime Writing on Television at the British Screenwriters Award 2018 for his show Marcella.
This is the sixth year the award will take place in London, and it continues to celebrate the very best in screenwriting in UK TV and film.
To see the list of nominees and read about earlier winners, click on “Read more”.

The winner will be announced on September 8th.

The second season of Hans Rosenfeldt’s hugely popular London-set crime drama series Marcella premieres on February 19th on ITV and on Netflix in March. The series was created by Rosenfeldt and Nicola Larder, with Rosenfeldt also writing the script.

Marcella has become one of the most popular new British crime shows on ITV. The premiere episode had 8 million viewers in Britain and the average audience rating was 6,8 million viewers for the first season.

Marcella Backland is a detective who, in season one, returns to her job as a detective after 12 years. She suspects that the killer she once chased has returned as well. 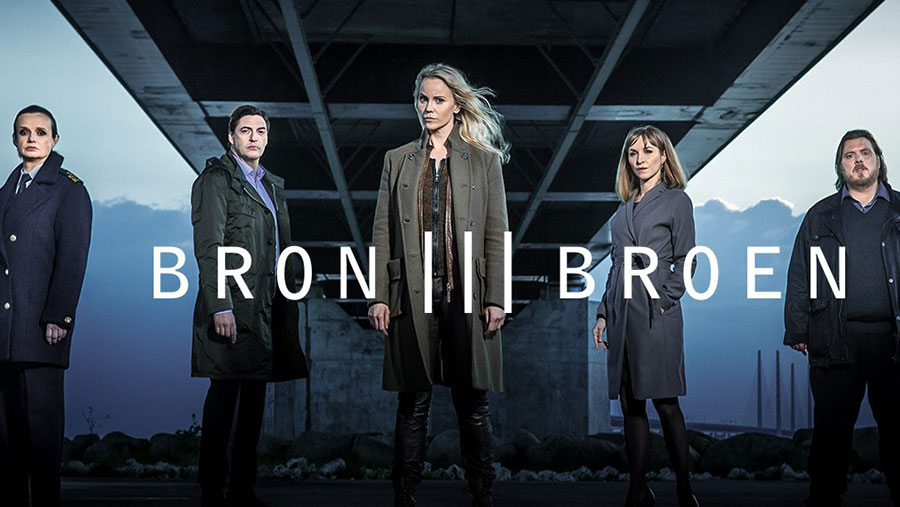 Fourth and final season of ‘The Bridge’ to premiere in 2018

The fourth and final season of The Bridge is set to premiere on January 1st 2018 on Swedish broadcasting network SVT. The season will consist of 8 episodes, and start where season three ended.

The TV series The Bridge, written by Hans Rosenfeldt, has aired in more than 170 countries and been successfully remade into a US version sharing the same name, as well as a British and French version called The Tunnel.