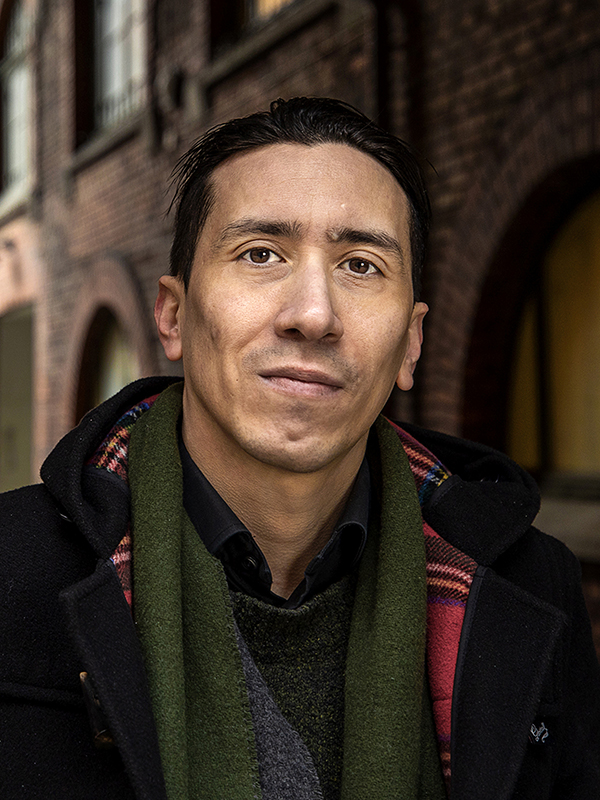 Andrés Stoopendaal (b. 1981) is a Swedish author and literary critic. He ran the literature magazine Dokument during several years, and debuted as an author in 2011 with the novel Masquerade, which was shortlisted for Borås Tidning’s Debut Award.

Before the publication of his highly praised The Dunning-Kruger Effect in 2021, he produced two critically acclaimed poetry collections, The Federal Districts (2014) and A Bourgeois Entropy (2016). 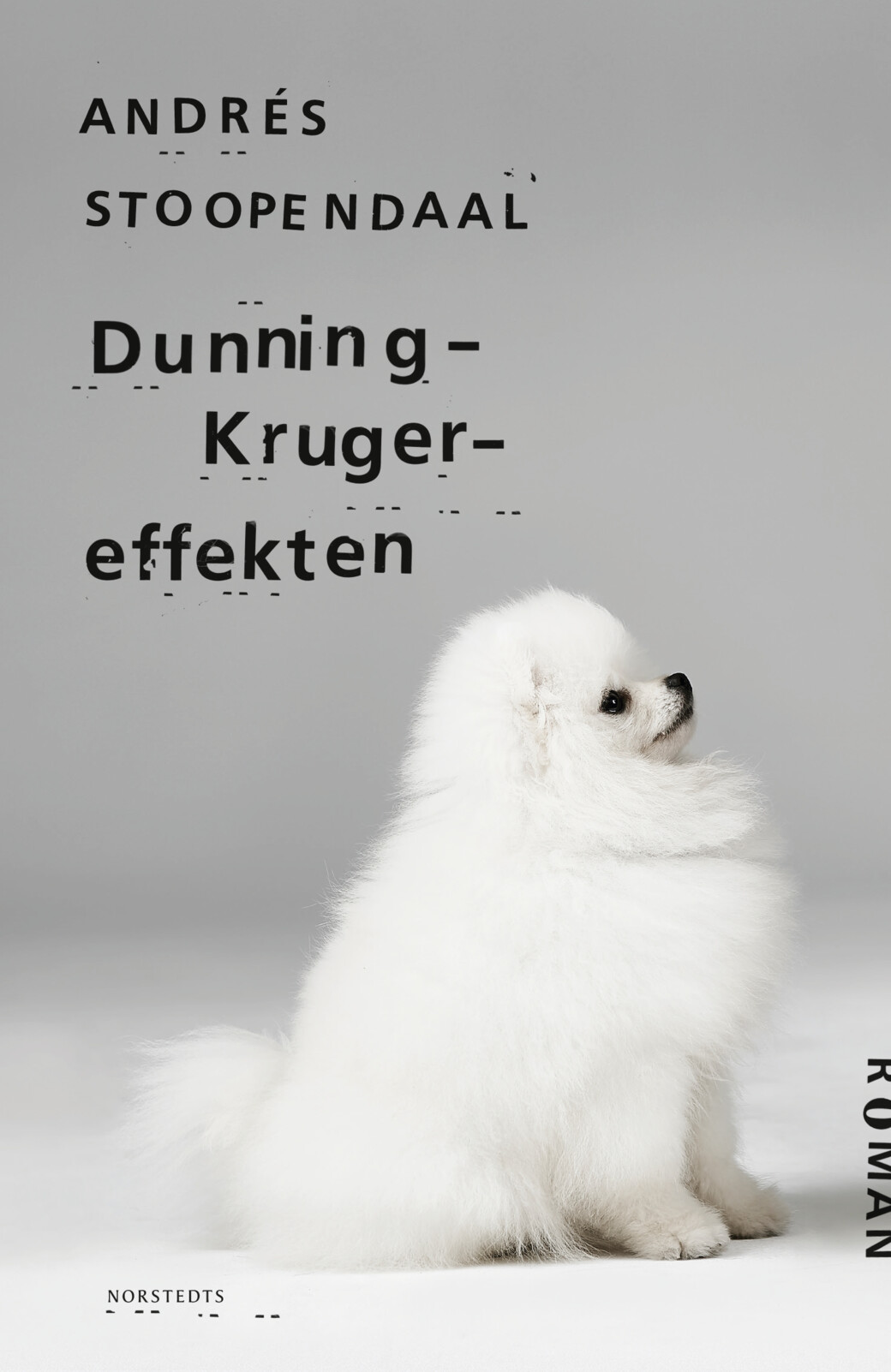 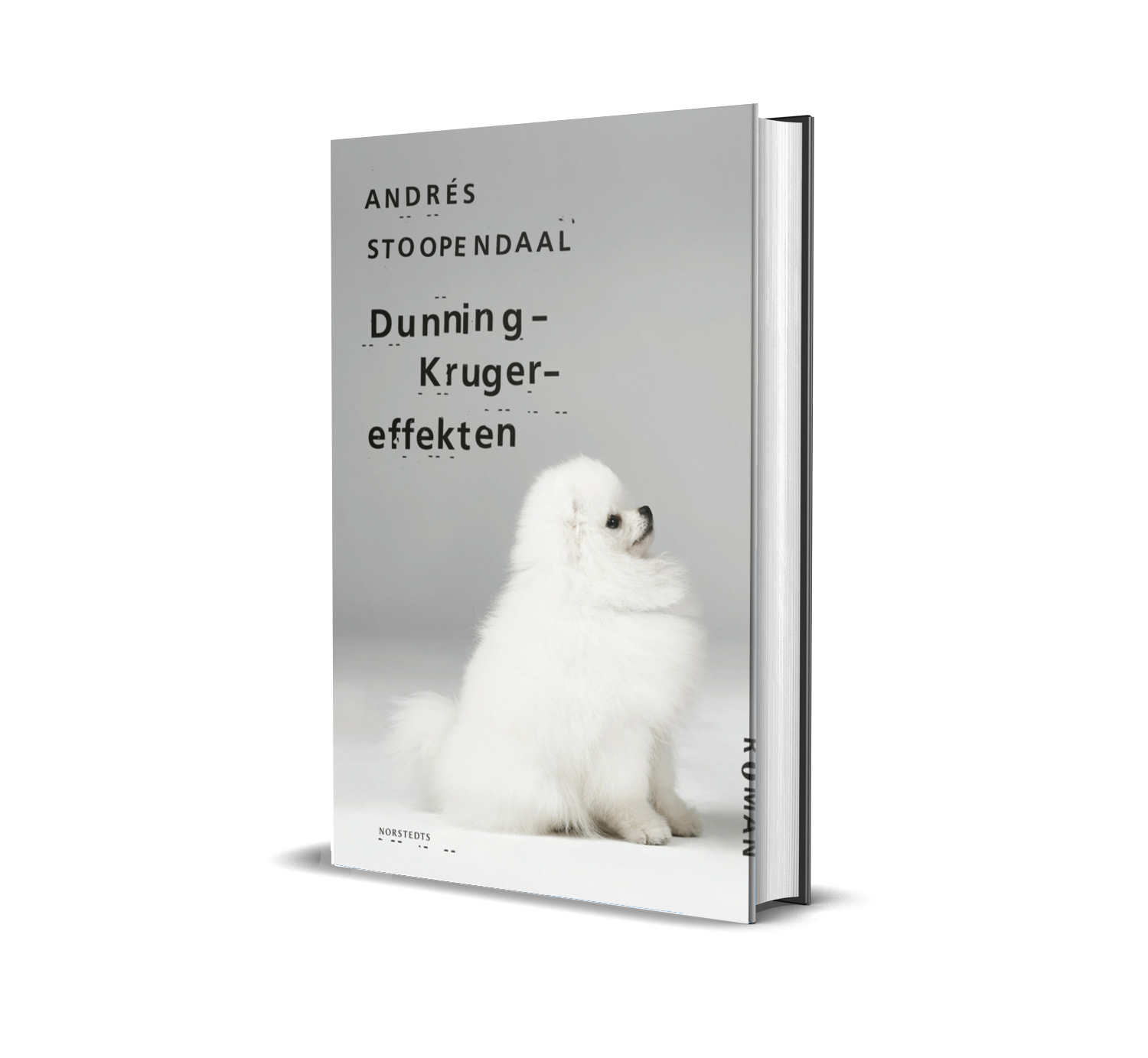 The nameless protagonist and his girlfriend Maria have invited their friends Otto and Agnes over for dinner. Otto and Agnes are despondent as their cat Frodo has run away or possibly fallen out of a window. Dinner is ready. Let the drama begin.

The Dunning-Kruger Effect can be read as a bildungsroman or an anti-bildungsroman, it’s up to the reader. The novel unfolds during a couple of warm summer months in 2018. Our main character reads 12 Rules for Life: An Antidote to Chaos by Canadian psychologist Jordan B. Peterson, pretends that he’s the author Michel Houellebecq, via what he calls “the Houellebecqian thinking”, is further influenced by the movie Blade Runner 2049 and gets caught up in the delusion that his girlfriend Maria might in fact be an android or possibly just a hallucination.

Following two poetry collections, Andrés Stoopendaal makes a spectacular return to the realm of fiction. The term the Dunning-Kruger effect describes a psychological hypothesis stating that those who are incompetent are also incapable of comprehending their own incompetence.