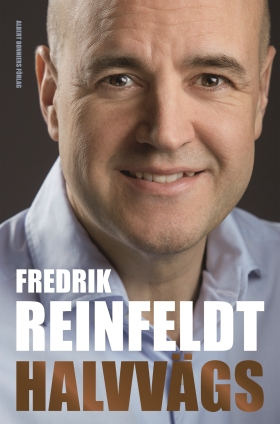 From a seat on the student council to that of the prime minister of Sweden.

The First Act is former Swedish Prime Minister Fredrik Reinfeldt’s own account of the 25 years he dedicated to Swedish and international politics.

From his years in the Moderate Youth League to his and Anders Borg’s creation of the New Moderates, The First Act follows the at times winding path of Fredrik Reinfeldt’s career before he became the prime minister of Sweden. But it also gives a moving account of his childhood and teenage years, hinting at the social issues and environment that shaped the political vision of the grown man. As the biography goes on to tell of the founding of the Alliance and Reinfeldt’s election victory in 2006, the reader is able to trace the former prime minister’s footsteps as he takes on the greatest political challenge of the 21st century: the financial crisis of 2008-2009. When Sweden emerged from the crisis as the only country in the EU to have lowered its national debt, international media was quick to ask why. In The First Act, Reinfeldt himself describes the setbacks and successes he experienced as he tried to steer Sweden not only through the economic storm, but towards an alternative social model.