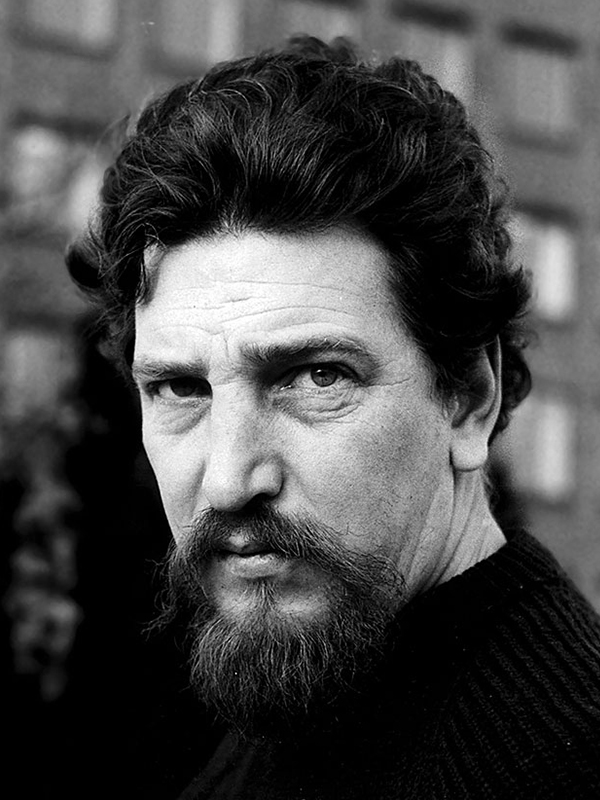 Born in 1926, Per Wahlöö was a Swedish writer and journalist who, alongside his own novels, collaborated with his partner, Maj Sjöwall, on the bestselling Martin Beck crime series, credited as inspiration for writers as varied as Agatha Christie, Henning Mankell, and Jonathan Franzen. In 1971 the fourth novel in the series, The Laughing Policeman, won an Edgar Award from the Mystery Writers in America. Per Wahlöö died in 1975.

Likened to Franz Kafka, George Orwell and Graham Greene, Per Wahlöö truly stands out as one of Scandinavia’s finest and most controversial writers of the 20th century.

Said about Per Wahlöö and his works:

“Per Wahlöö is the Godfather of Scandinavian crime fiction.”
—Jo Nesbø

“This is black caviar of the finest grade.”
New York Times

“Per Wahlöö is one of the really great authors, fully comparable to Graham Greene and John le Carré.”
Gefle Dagblad

“A vigorous and powerful mind /…/ Certainly there is no doubt about the originality of his talent.”
The Sunday Times

“An explosive narrative talent. /…/ Here something as unusual as a Swedish author of a purely international type makes an appearance, an eminently versatile and skillful storyteller with colorful material and quick knife-flashes of style. /…/ Wahlöö’s prose is driven forward in a pulsating rhythm as though by a strong, blood-pumping muscle. /…/ He of course bears comparison with the entertainer Graham Greene.”
Dagens Nyheter

“He’s in a class that justifies speaking of Graham Greene — or why not Heinrich Böll. /…/ There is force, clarity and consequence in his way of telling a story. And what he’s telling about are important things, that we don’t have the right to forget, or rationalize away.”
FiB

“Better than Graham Greene. /…/ He is already ranked on a level with Graham Greene, yes, level-headed critics mention him as superior to thriller-master Greene.”
Arboga Tidning

“The straightforwardness of an Ernest Hemingway and the color of Leon Uris.”
Minnesota Daily

“Per Wahlöö is a tremendously skillful storyteller. He can describe settings and external events in a way that appeals directly to your senses. His language has vigor and his entire way of telling a story is more Anglo-Saxon than Swedish.”
Kvällsposten

“Per Wahlöö’s prose works with the same precision as the final round in an automatic weapon, moving the action forward toward the dramatic conclusion with formal consistency.”
Göteborgs-Posten

“None of our home-grown mystery authors of today can measure up to Per Wahlöö. /…/ He elevates the thriller genre to pure literary art of grand proportions.”
Gefle Dagblad

“Per Wahlöö’s oeuvre is in many respects one of the most satisfying in Swedish literature.”
Örnsköldsviks Allehanda

“Probably there is no one in this country who can weave a plot and tie tittilating nerve-knots on the narrative’s taut threads more capably than Per Wahlöö.”
Sydsvenska Dagbladet

Murder on the Thirty-First Floor

The Wind and the Rain

No Roses Grow On Odenplan